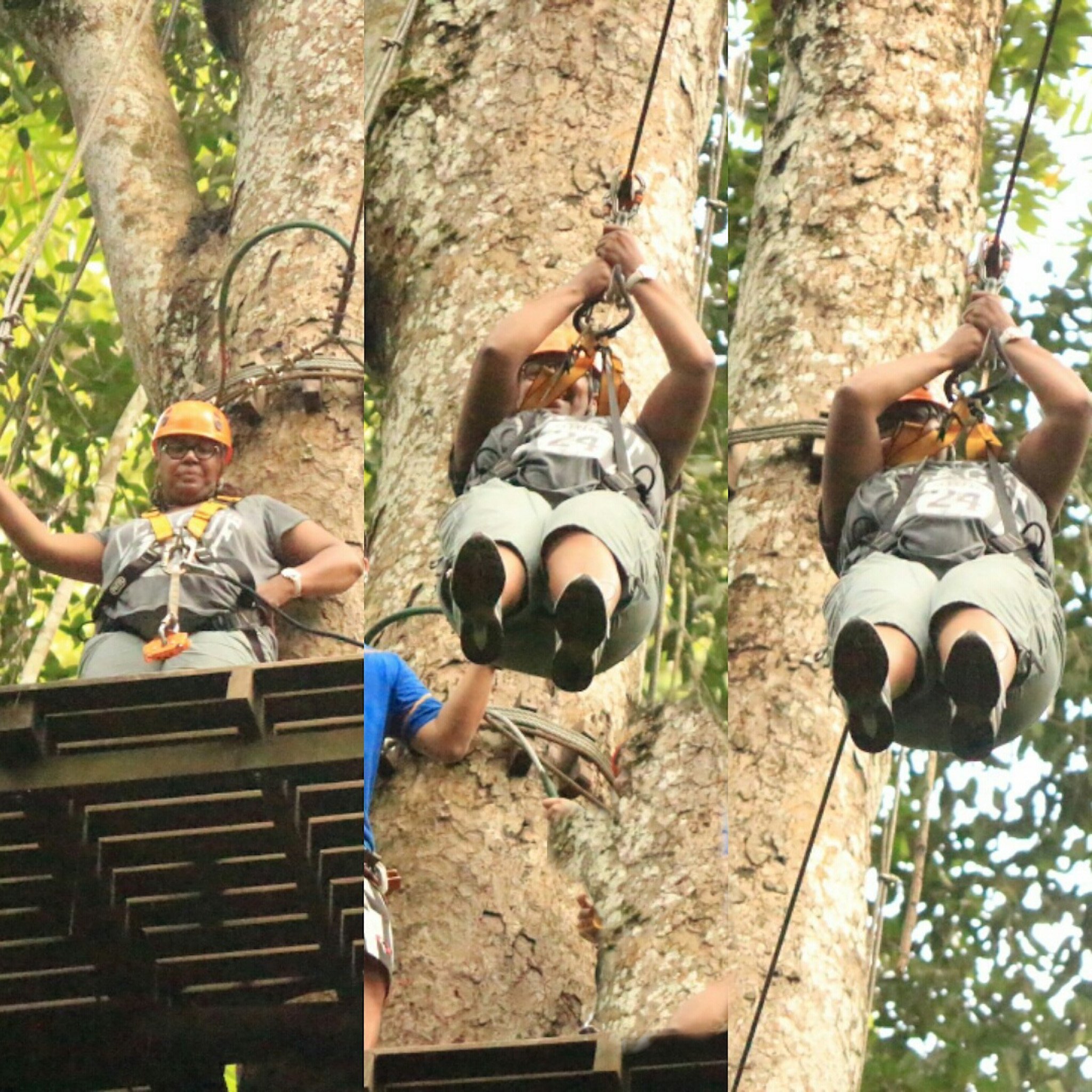 8 months ago Ziplining in Chiang Mai Thailand While Fat

I was ziplining in Thailand while fat. When I tell people, I’ve gone skydiving, bungee jumping, and power hang gliding, I notice the look of shock. I don’t seem like the type. It’s not just the glasses; it’s my size. My weight has yo-yoed over the years, and I have never been what is considered thin. So, according to many articles I read, when I was planning to go on a solo trip to Chiang Mai, Thailand, ziplining was a must-do.

The company, Flight of the Gibbon, I chose was known for having the longest zipline in the world at the time and the only zipline where you could see wild gibbons. It was located 1 hour from Chiang Mai, and there was an option to do a city tour on a segway. The package also came with transportation. It seemed like the perfect company. According to its website, as of April 2022, the company is temporarily closed.

Before booking, I checked the weight requirements. I chose the combination of a Segway tour through town in the morning followed by ziplining in the afternoon.

On the day of my adventure, I was the first to arrive within my group. Three men were working in the office. I took a seat to wait for the others. The staff was whispering and snickering about something, and I soon realized they were trying to decide who would ask me how much I weighed.

I tensed because I thought they would tell me I couldn’t go on the tour.

Although I had checked and triple-checked the requirements, maybe something had changed? Finally, someone who appeared to be the manager came over and told me there was a weight requirement of 130kg (286 lbs). I already knew the weight limits because I checked the requirements before purchasing the activities. They said that the Segway motor would not last 2 hours if I were over the weight limit. This was surprising for me to hear because this wasn’t my first time on a Segway. In the US, friends of mine who weighed over 286 lbs had done it.

Being asked about my weight wasn’t what made me angry. It was the way the staff handled the situation. I didn’t even bring my camera or cell phone when it was time to go. I couldn’t take the bag I was carrying on the tour, and I forgot to take them out, so I didn’t have any pictures while we saw many beautiful temples that day—only my memories.

In the end, I enjoyed the tour. One of the guides promised to send me a picture, but I never got it and didn’t want to follow up.

If you’re wondering, the Segway battery didn’t die, and I returned it to the company unharmed.

A van then picked us up to take us ziplining. It took about an hour’s drive to get to the location. Then, before the zip line, we were taken to a waterfall and then lunch. We were broken into two groups; and some went to the zipline and the other to the waterfall. Then, as I walked up to the top, I started singing TLC’s song “Don’t go chasing waterfalls.”

After what happened that morning, was I chasing waterfalls? Am I too fat to be taking segway tours and now ziplining?

I told myself, no, plus I was stuck, and I had already paid.

I was getting tired, and I didn’t make it to the top, but I did make it far enough to take pictures.  (insert)

After lunch, we sat in the waiting area, waiting for further instructions. Then, one of the employees came over and asked me to go with him.

Not again.
He guided me off to the side behind a wall not far from the others, and then I saw a scale.

The requirement for zipping at this location is 125 kg (275 lbs). He asked me to get on the scale, and I didn’t refuse. Ziplining is more dangerous than riding a Segway, so I complied. He said I couldn’t do two of the six ziplines. I said ok.

When I rejoined my group, I felt defeated. Although I love the thrill, maybe someone like me shouldn’t be doing these activities. At this point, I wanted to go back to the hotel. I didn’t care about the money. No one asked what the guy wanted with me. I considered making a joke about it, but I didn’t.

My first thought was to leave, but I decided to stay and not make a scene. I was going to prove to them, just like the men earlier at the Segway office, that I could do this just like everyone else.

Anyone could tell that I was still agitated when we arrived at the first landing, but once my harness was attached to the line and I started to fly over the trees, all of the tension went away.
The views were incredible! I made it to the other side, then the next, and I was beginning to have fun!

Until we reached the section, I couldn’t do it.

One of the guides walked with me to a spot where we would meet the others. I started to get angry again. We were ahead of our group, so I had to stand there and wait. People from other groups saw me standing there. Someone asked me if I was scared. I was almost angry that people assumed I’d walked ahead, skipping some of the longest zip lines because I was afraid.

Eventually, my group came zipping across. Then it was my turn again. The joy I had felt earlier was gone. All I could think about was going back to the hotel, but two more zips were left.

We finally approached the last one. A photographer was waiting to take our pictures for purchase later. I wanted one to have as proof that I had done this. They didn’t say that the photographer took the photos from the ground below us. I was baffled as to why and hoped there was another camera somewhere else, hence the look on my face.

I took my final swing across and went back to the office. When I saw the pictures, it was what I expected: seven of the ten photos were of my butt. So I just paid and gave them my email and left. I only kept three of the pictures.

On the drive back to my hotel, I looked back over the day and was happy it was over.

But I was also glad that I did it. The feeling of flying through the jungle was something I will always cherish and remember!

Was my day in Chiang Mai challenging? Yes. In the end, I did have fun. Would I go zip lining again? Yes, absolutely. Despite the obstacles, I never let my weight or other people’s opinions of me determine what I can and can’t do. Of course, I will still follow the guidelines to keep myself safe.

Until my next adventure! I still have miles to travel.

The story was originally posted on the Travel with Curves website.