At the beginning of the year, you see a lot of top lists.  Some people have a list of their favorite destinations, photos and things to do.  I thought it would be cool to do my top photos by month.  I am going to determine my “top” six photos on Instagram based on the most likes.  Then at the end of 2017, I will make a list for the year.

Myles to Travel Top Photos on Instagram in January

1 –  This picture was taking during my visit to the Ancient City of Ephesus in 2015.  Ephesus is a World Heritage Site.

Ephesus Ancient City is located in Selcuk, Turkey.  It is a UNESCO World Heritage site.

2 – The second most popular photo on Instagram based on Lies is from Australia.  Kapi Mutitjulu Kapi is sacred and is the most reliable water source left in Uluru & Kata Tjuta National Park.  I visited in October 2016.

3 – Kangaroo Sanctuary in Alice Spring.  It was a fun day.  I got to hold some joeys too.  This picture is of Roger.  He is the Alpha kangaroo of the area.  No one messes with Roger and lives to tell about it.

I visited the Kangaroo Sanctuary in Alice Springs Australia.  I believe this is Roger. The kangaroos are rescued from the side of the road and raised here.  This was such a fun experience

Wat Pho (the temple of the reclining buddha) at night in Bangkok, Thailand

6 – Deviant Valley in Cappadocia, Turkey.  You can find small fairy chimneys, and animal shaped rocks here.  This one looks like a cross between a camel and a duck.

Cappadocia Turkey is a magical place.  The Deviant Vally is known as Imaginary Valley. The small fairy chimneys in the valley and animal shaped rocks.  This one looks like a camel or a duck to me. 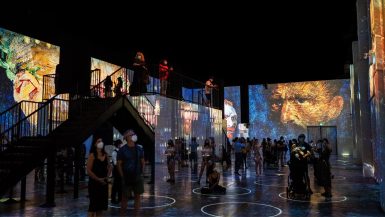