Today is My Cancerversary! 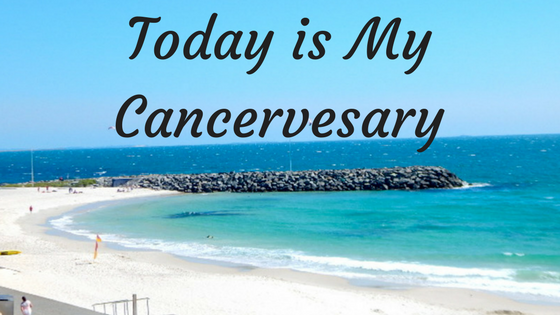 04 Nov Today is My Cancerversary!

Today is my Cancerversary.  I can’t believe it’s been a year already.  November 4, 2015, was the day I got the call. I can still hear the doctor’s voice telling me I have breast cancer.  I don’t remember much after that.  I was at work, and she asked was it the good time to talk.  Of course, it wasn’t a good time, but I had to know..

The Test Part I

My cancer journey started on September 17, 2015. The day I got the first mammogram. When the technician caught me looking at the screen during the test and quickly moved the monitor out of my view I knew. I knew something wasn’t right. She wasn’t qualified to tell me, but her actions didn’t comfort me. I opted to get the test results by email and was promised them in 24 hours. When that didn’t happen, I began to worry. It was already Friday afternoon, and I had to wait until Monday to contact someone.  It took a couple of days before someone finally talked to me.  I was told I needed to come back for an ultrasound.

I got the results in the mail after I made the appointment. Doctors always tell you to not go to the internet for information, but when you send letters with words, people don’t understand that is your natural instinct. The letter also had conflicting information. I didn’t know what was found. I just read that I had dense breast. What I learned later a mass was found in my first mammogram two years prior that had been growing.  It wasn’t identified as cancer the first time. So now I had to go back for an ultrasound of my breast that is supposed to get a better picture of what was going on.

I was again getting the runaround and couldn’t get an appointment until October 12, 2015. When I get there, I have almost turned away because my primary doctor hadn’t sent the right paperwork. I was at the medical office who requested I get an ultrasound but they wouldn’t perform it without a request from another doctor. I was terrified. I didn’t ask anyone to come with me until the last minute. I wanted to believe it was just routine. I had heard stories from other women with similar experiences, and it turned out to be nothing.  Even my mother has gone through it.

They finally called my name, and the test was performed, and the technician was having trouble sending the test to the doctor to review.  She left and eventually came back to tell me they wanted me to have a biopsy. The doctor who reviewed it never came in. I’m not even sure she or he was in the building.  There were so many questions to be asked. And this person couldn’t offer me anything. She gave me a disk with my images on it wished me luck because I now had to go somewhere else. I walked out of the office in tears. My fears are coming true. I called my primary physician who then directed me to a hospital better equipped to deal with me. I scheduled the biopsy for November 2, 2015. This wasn’t a smooth process either. It took time to get my images from that other place.

November 2, 2015, finally arrived, and again I went alone.  I knew I wouldn’t find out anything that day.  The new doctor’s office had volunteers to sit with you during the biopsy.  She held my hand and talked to me to try and make me feel comfortable. I appreciate that she was there.  I walked out of there still trying to be optimistic, but I feel like they all knew what it was. The biopsy was just to confirm it.

This time I didn’t get the results from a technician. The doctor who performed the biopsy called to tell me. I can never forget those words.  It is cancer.  For the next couple of weeks, I kept repeating those words over and over again in my head. I have breast cancer. The more the voice spoke to me I thought the more it would feel real.  But it didn’t.  Nothing seems real anymore. Even after a year I look back and can’t believe that it happened to me.  I was there. I remember every chemo appointment, surgery and radiation appointment.

I’m still going through the stages of grief. Not necessarily in order. 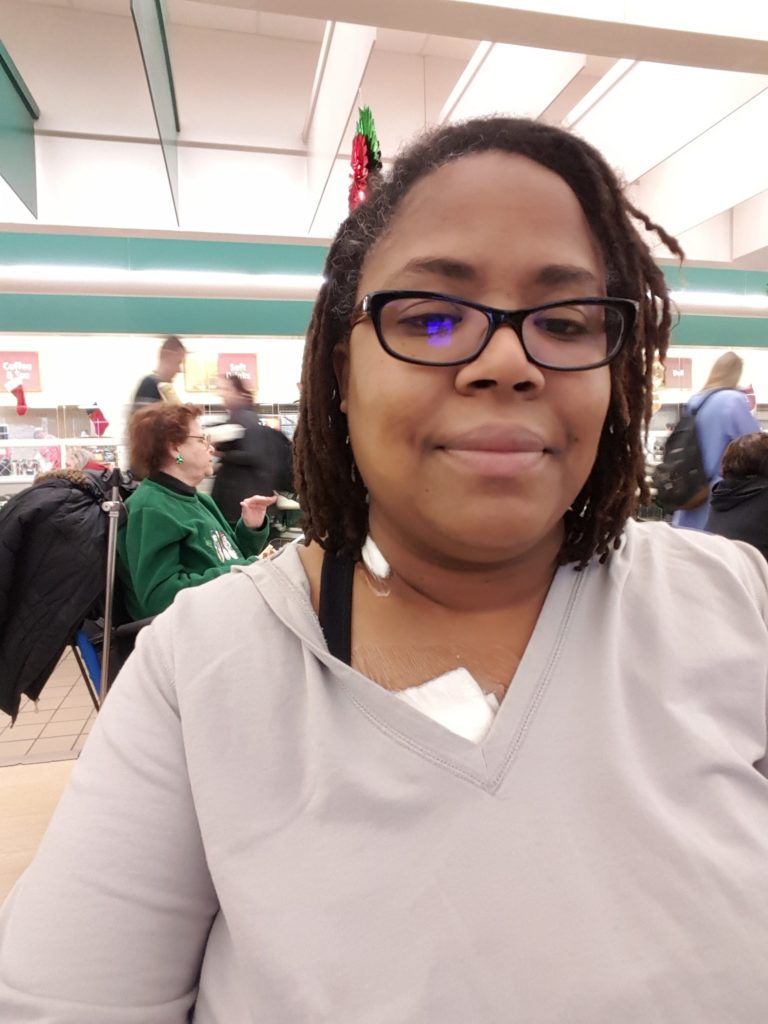 Denial – The denial was that voice in my head repeating over and over. “I have breast cancer.”  It didn’t stop until the first day of chemo.  I guess that started to make things real.

Bargaining – I skipped a year in getting a mammogram. I was forty-one, no close family history on my mother side. I didn’t remember there being any suspicions on the first one. What if I had gone the previous year.  I should have.  I shouldn’t have gotten my test done at that clinic in the beginning. If I hadn’t, it would have been diagnosed sooner.

Anger – How could this happen to me? I tried so hard to be a good person and do everything right. Although doctors later say me being overweight and not having kids are signs. Tell that to all the other thin women with multiple children who have breast cancer.  I do blame myself. 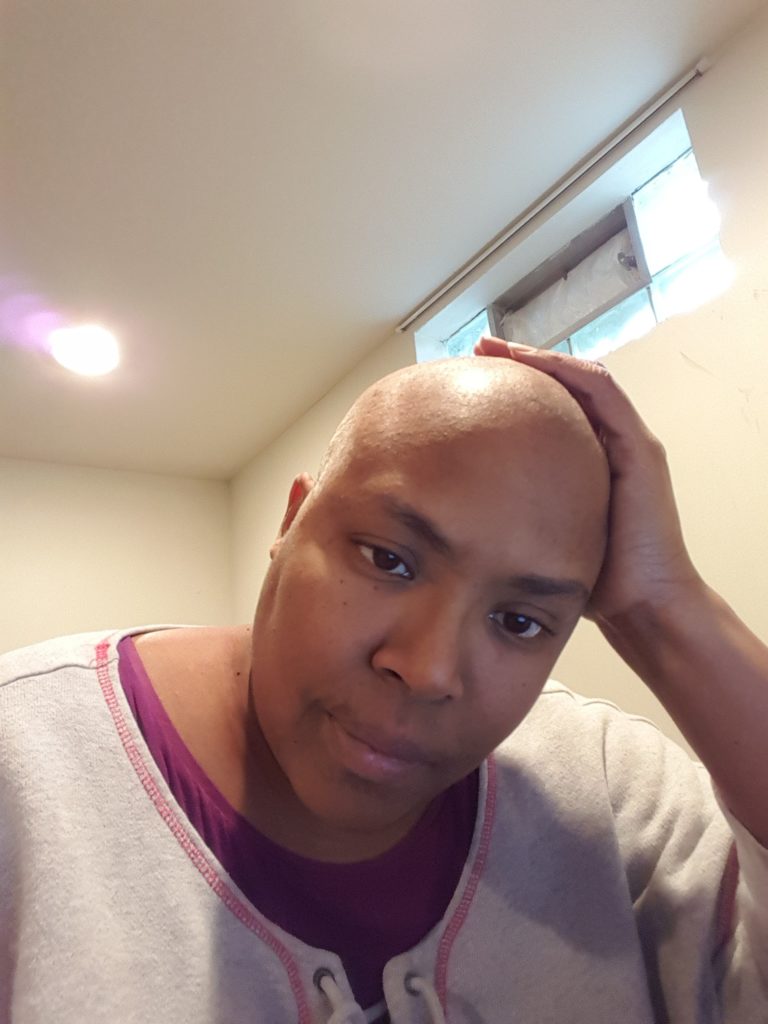 Depression – The depression didn’t hit until after the treatment was over. I became so anxious and sad. I didn’t know how I was supposed to feel. The treatment worked. The problem was the world wanted me to go back to normal. Resume my life as if nothing happened.  My life isn’t the same. My life wasn’t perfect but at the time this happened, I felt like things were making sense. And now they don’t.

Acceptance….. How do you accept something you can’t understand? There isn’t a reason this happened. There is no one cause, and there is no guarantee that it will not happen again. I can lose the weight. I can exercise. I can stop eating meat. I can have the “perfect” diet. The problem is for every “cause” they say why I got breast cancer or can decrease occurrence I can search the breast cancer support groups and find 100 women who did all those things and still had breast cancer and a reoccurrence and still lost the fight. 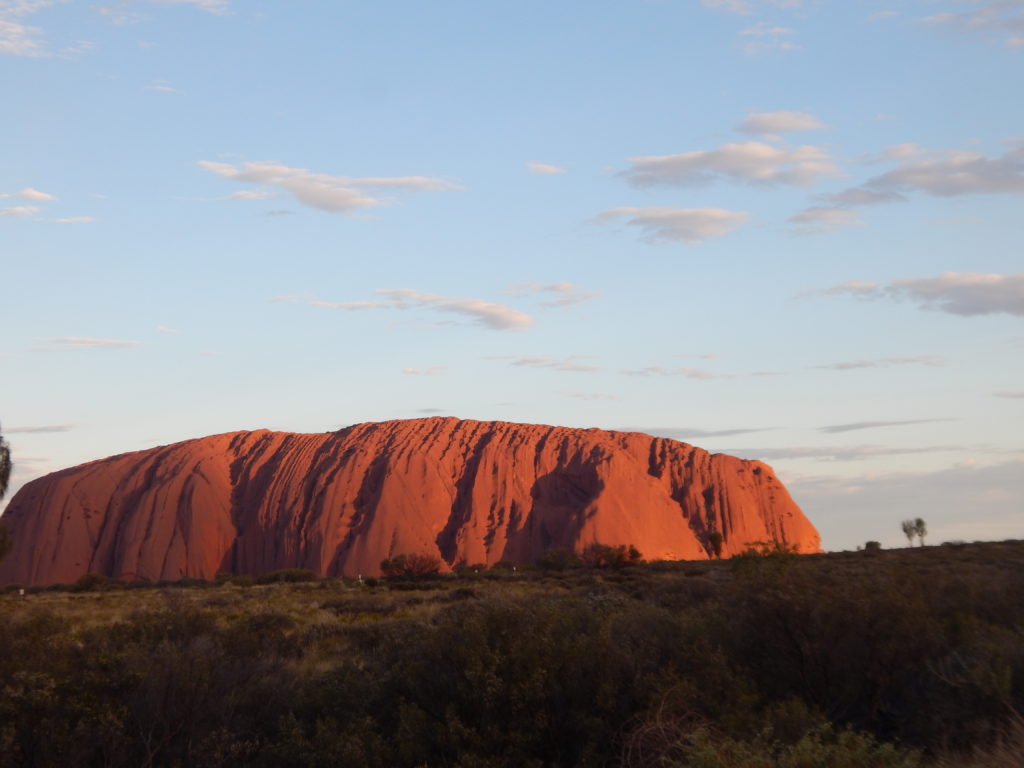 There are some physical side effects left from treatment.  I did what helps my soul to heal.  I went traveling.  I ended that first year doing the only thing that makes me feel whole.  I went to Australia and New Zealand and reconnected with some amazing women.  I got to visit places that I had been dreaming about for years.

There were many times during this trip that I became overwhelmed with emotion.  This was a dream that almost didn’t happen.  On that day one year ago the doctors couldn’t guarantee me an outcome.

I was disappointed at first to find out that you are considered to be a breast cancer survivor the day your diagnosed.  After thinking about it, it does make sense.   Even though you’re going through treatment, you are a survivor.  Like many people, I thought you were a survivor only when after you’re told the cancer was gone.

I don’t like to think of myself as a breast cancer survivor.

I am a survivor and thriver.

The battle this time happened to be cancer. 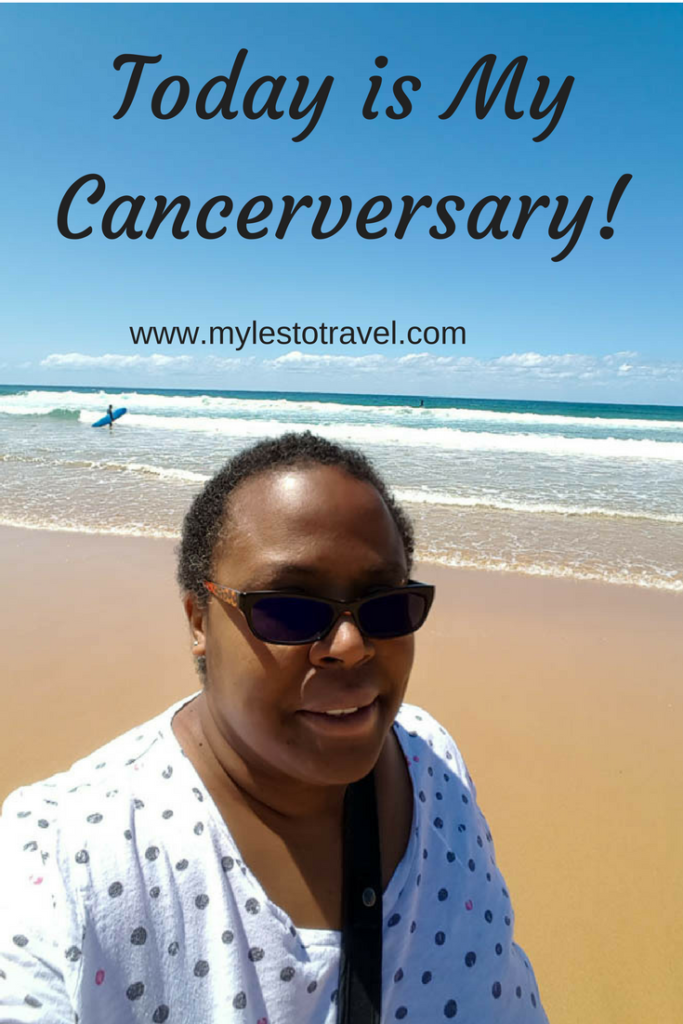