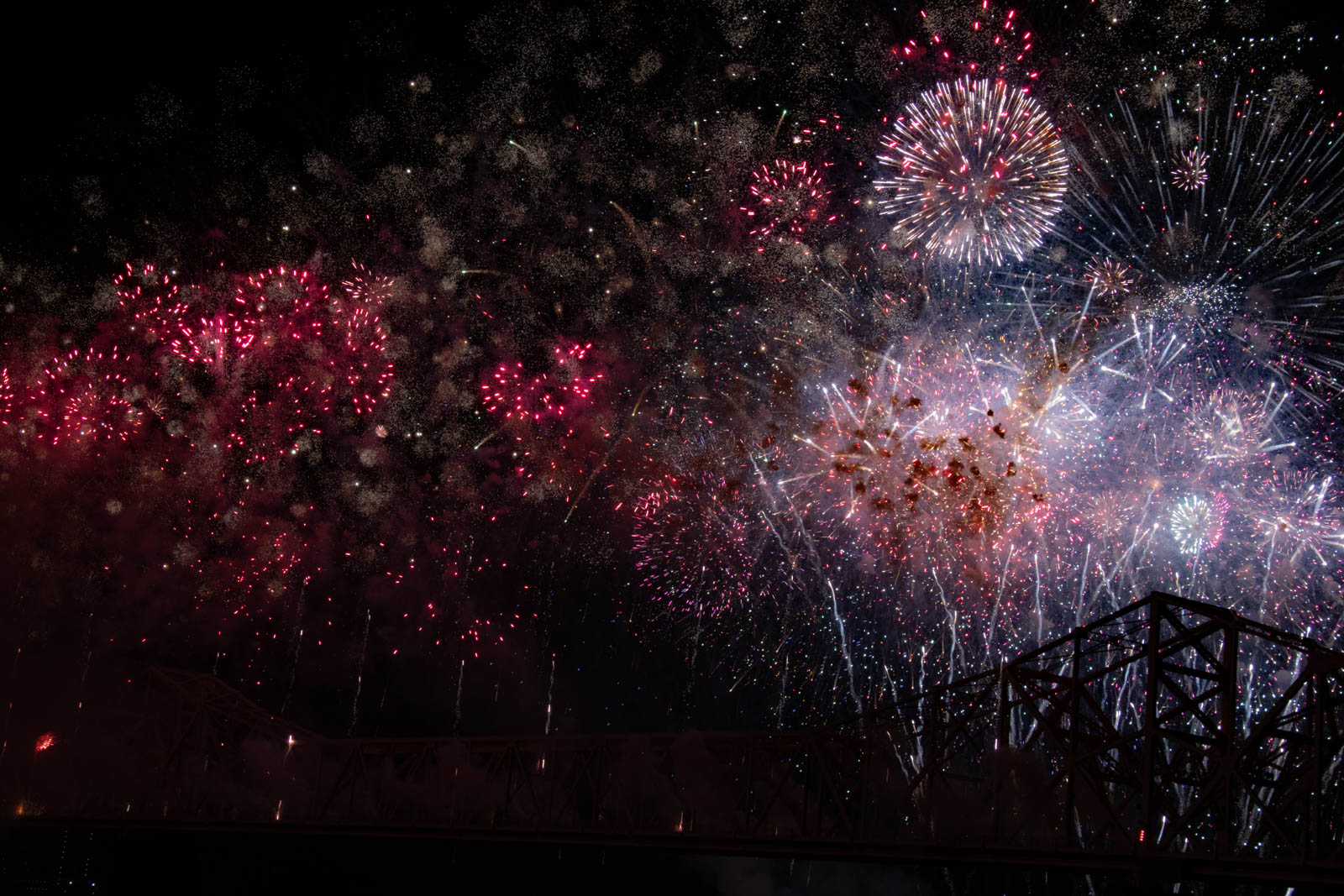 I was given complimentary tickets to the event. The opinions are entirely my own.

Last weekend, on April 20, 2019, I attended the Thunder over Louisville Kentucky watch party at Buckhead Mountain Grill in Jeffersonville Indiana. This event was to kickoff the three-weeks of festivals leading up to the Kentucky Derby on May 4, 2019. I was invited by the SoIN tourism bureau of Southern Indiana to watch the airshow and fireworks. The event started at 2:00 pm, and we waited on the Indiana side of the Ohio River facing Kentucky. 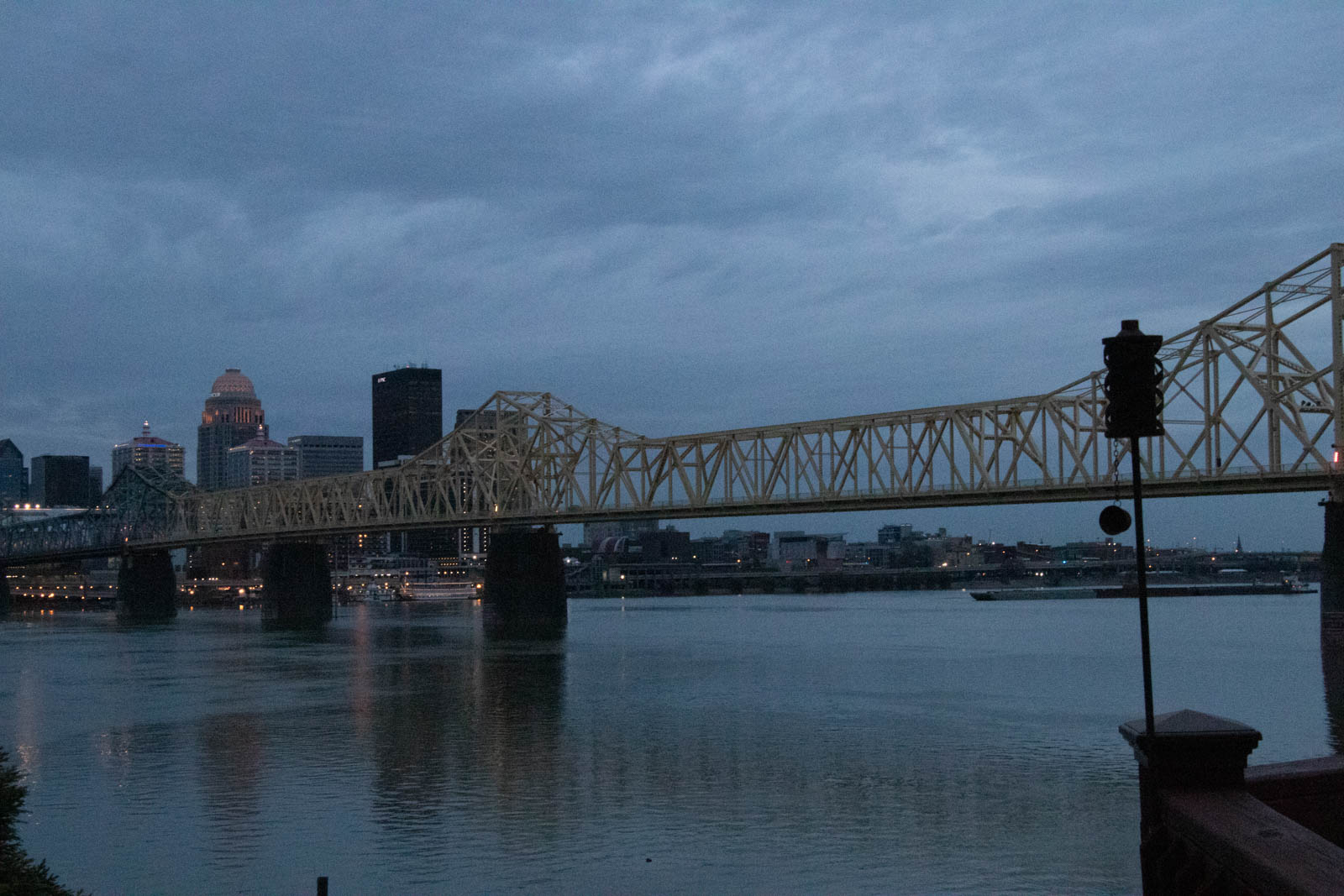 The fireworks were to start at 9:00 pm. I spent 30 minutes prior to setting up my tripod and camera. I made sure my timer was ready. You can feel the excitement as everyone waits for the show to start. The music began to play, and the fireworks were about to start when I felt a drop of water hit my face. It was starting to rain. I saw someone with a video camera put his jacket over his camera. I tried to do the same thing, but it wasn’t working for me. I ended up taking the camera off of the tripod and snapping shots by hand. 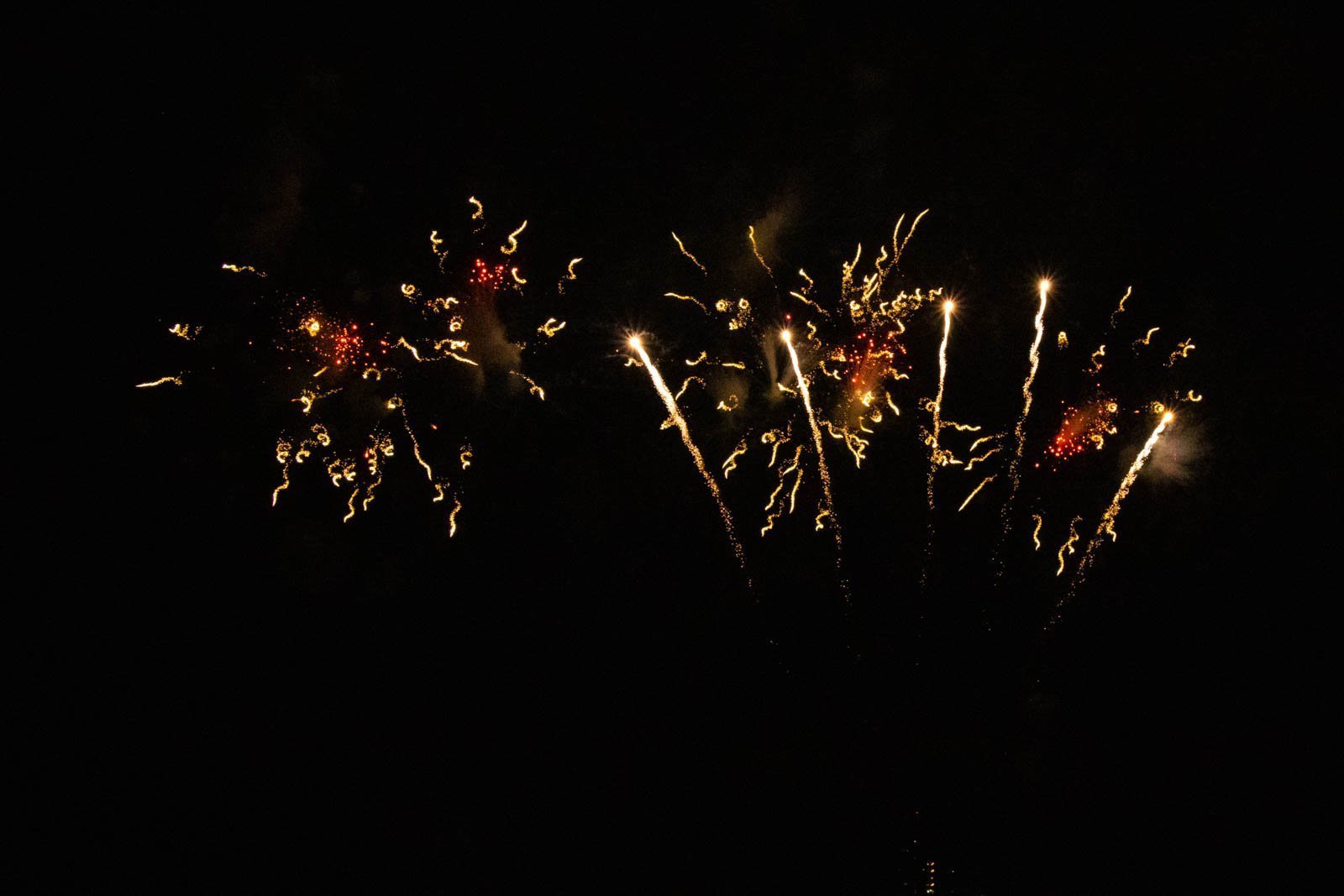 The theme of the fireworks show was “The Wonderful World of Thunder.” The show featured music and displays from your favorite childhood fairy tale and animated movies. Can you guess which character this is? Here is a hint: Walt Disney was playing during this performance. 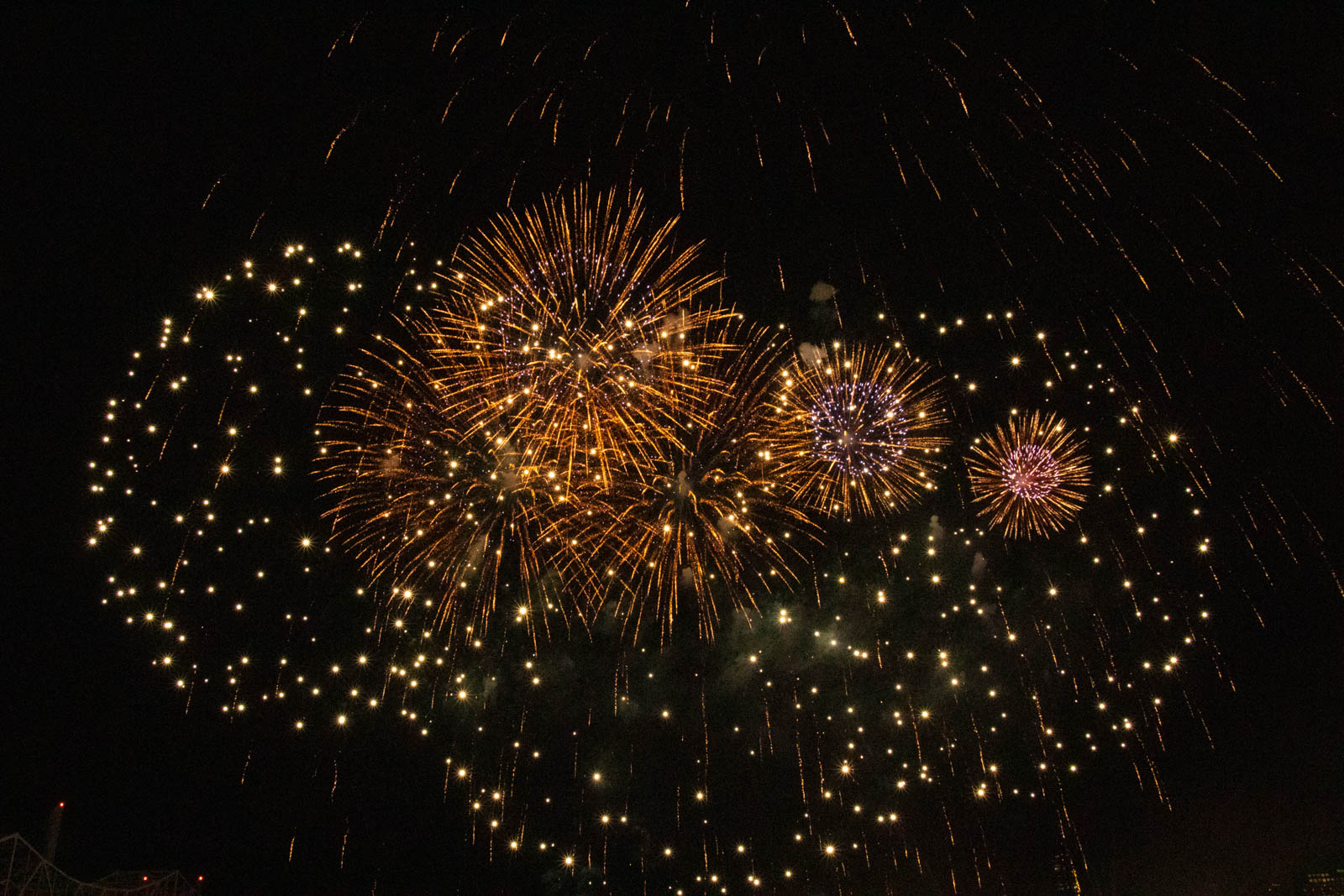 The forecast said rain after 11 pm. That would have been ideal. The fireworks show would be over, and I will be back at the hotel and ready for bed. Luckily the rain stayed at a drizzle until after the show. 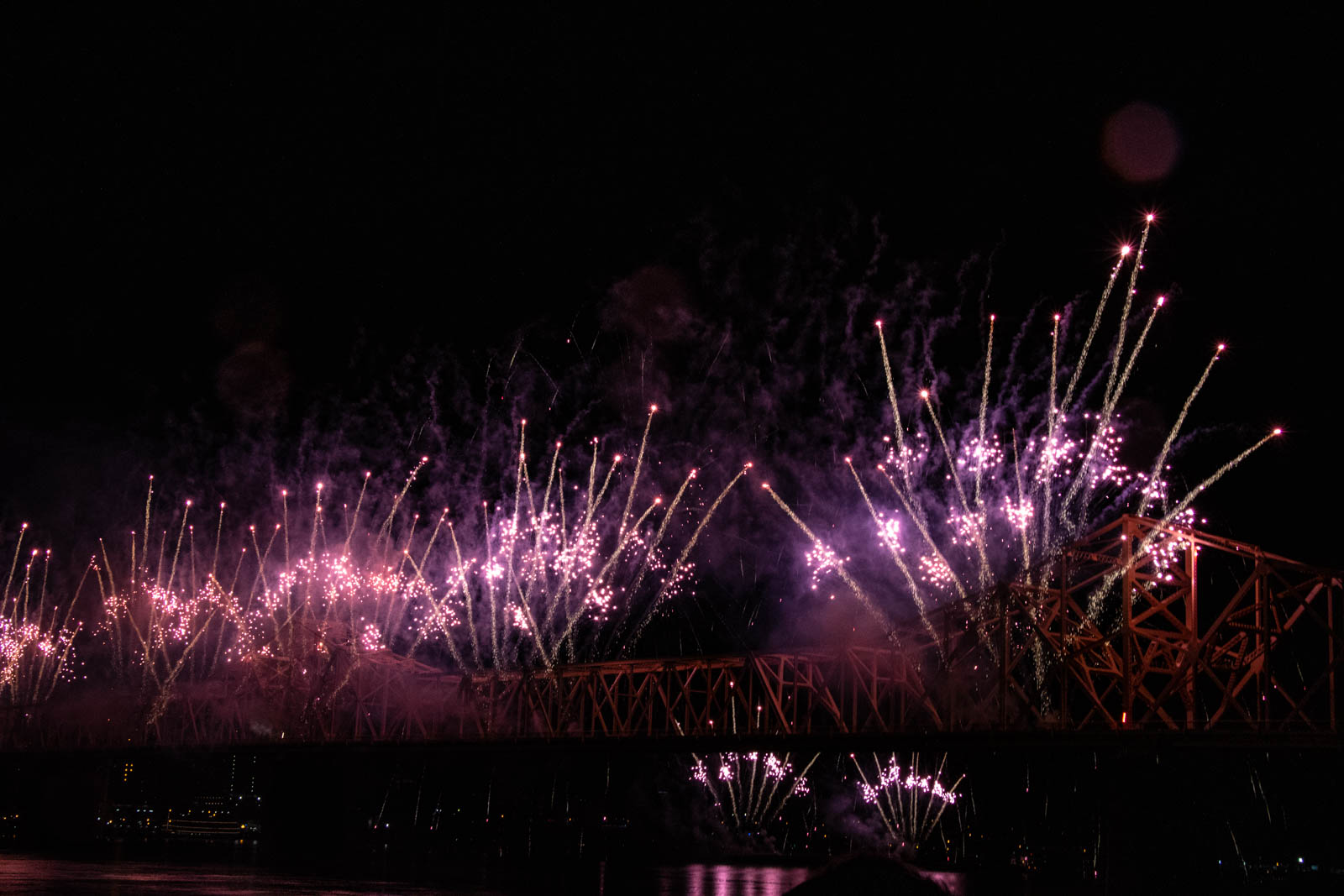 The sky lit up from two directions. I didn’t know where to point my camera. I didn’t want to miss anything. 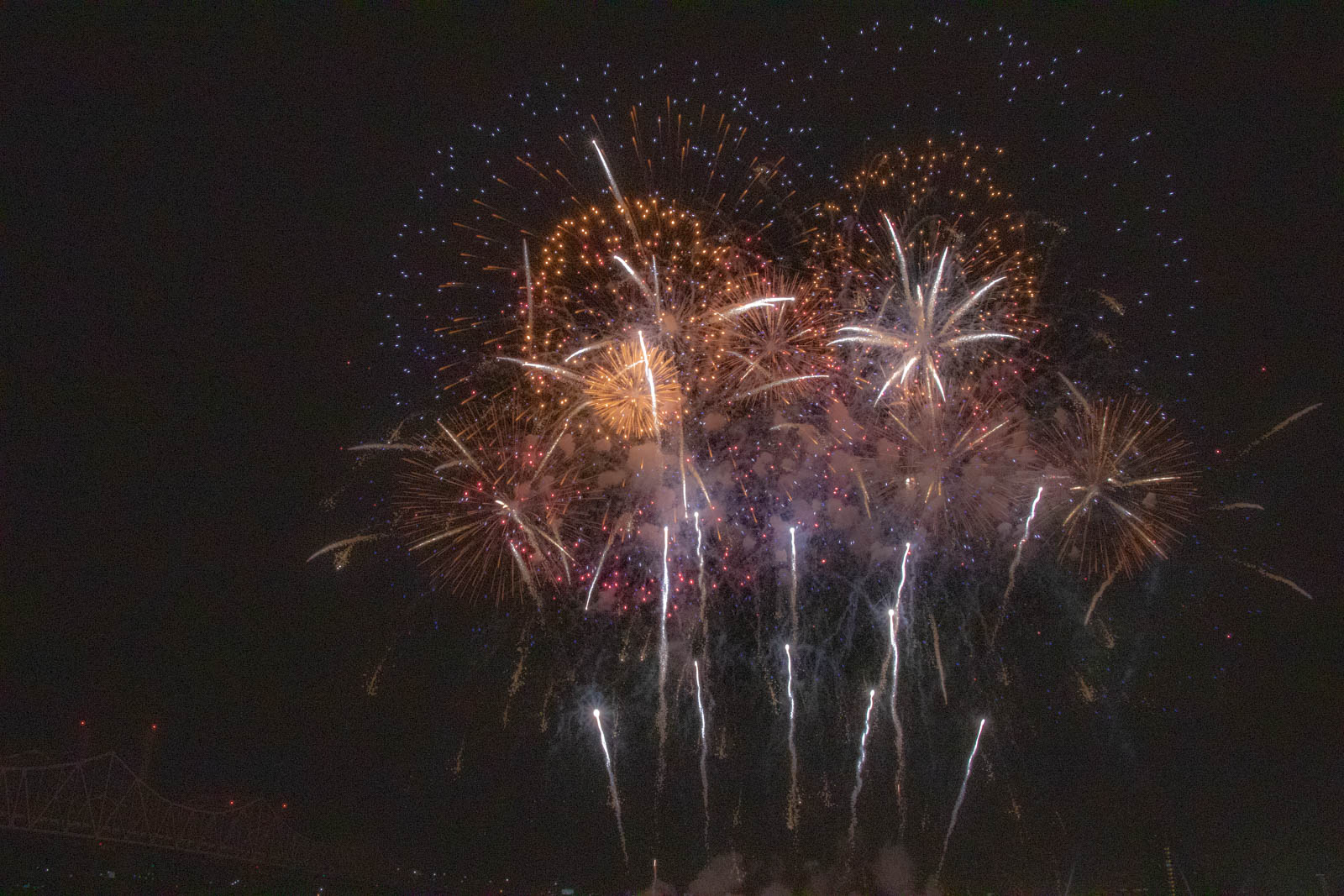 I couldn’t tell who was more excited about the fireworks, the children or the adults — another 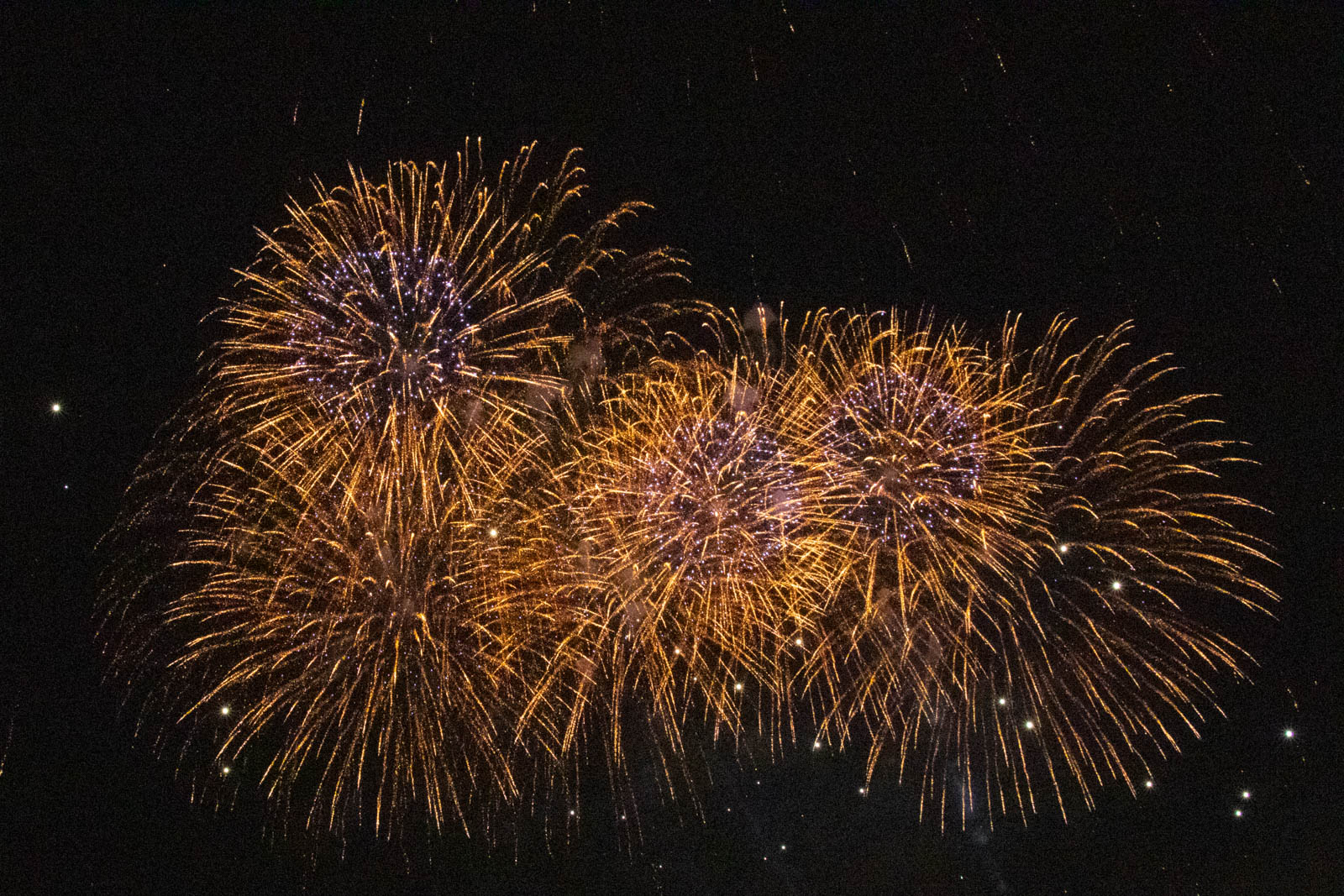 picture of a familiar symbol. Honestly, I don’t think I noticed it until I started viewing my photographs. I was busy trying to capture as much as I could. 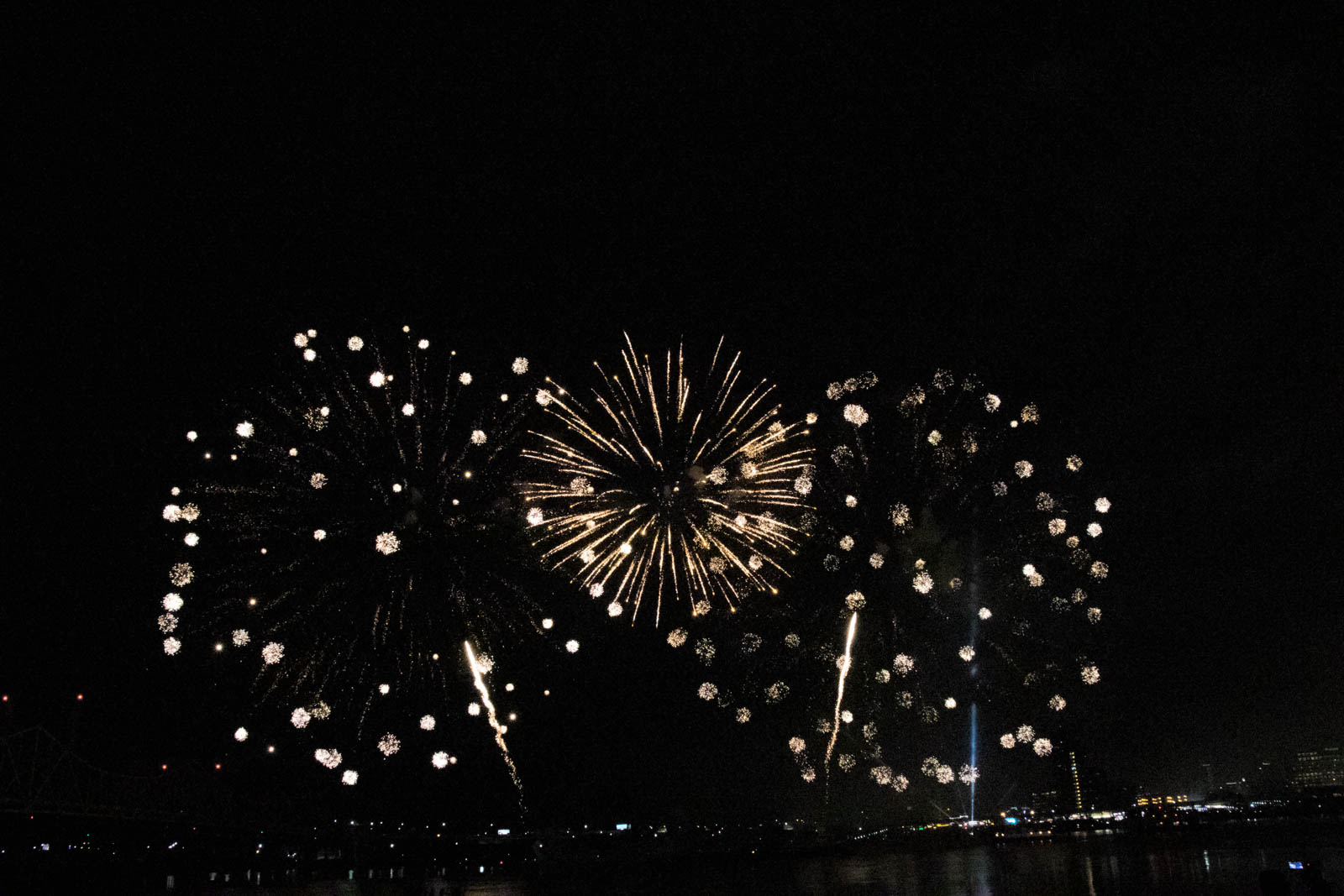 Taking pictures of fireworks is all about timing. I think I recognized characters in some of the photos, but the camera clicked before the scene was completed. It is a beautiful image. 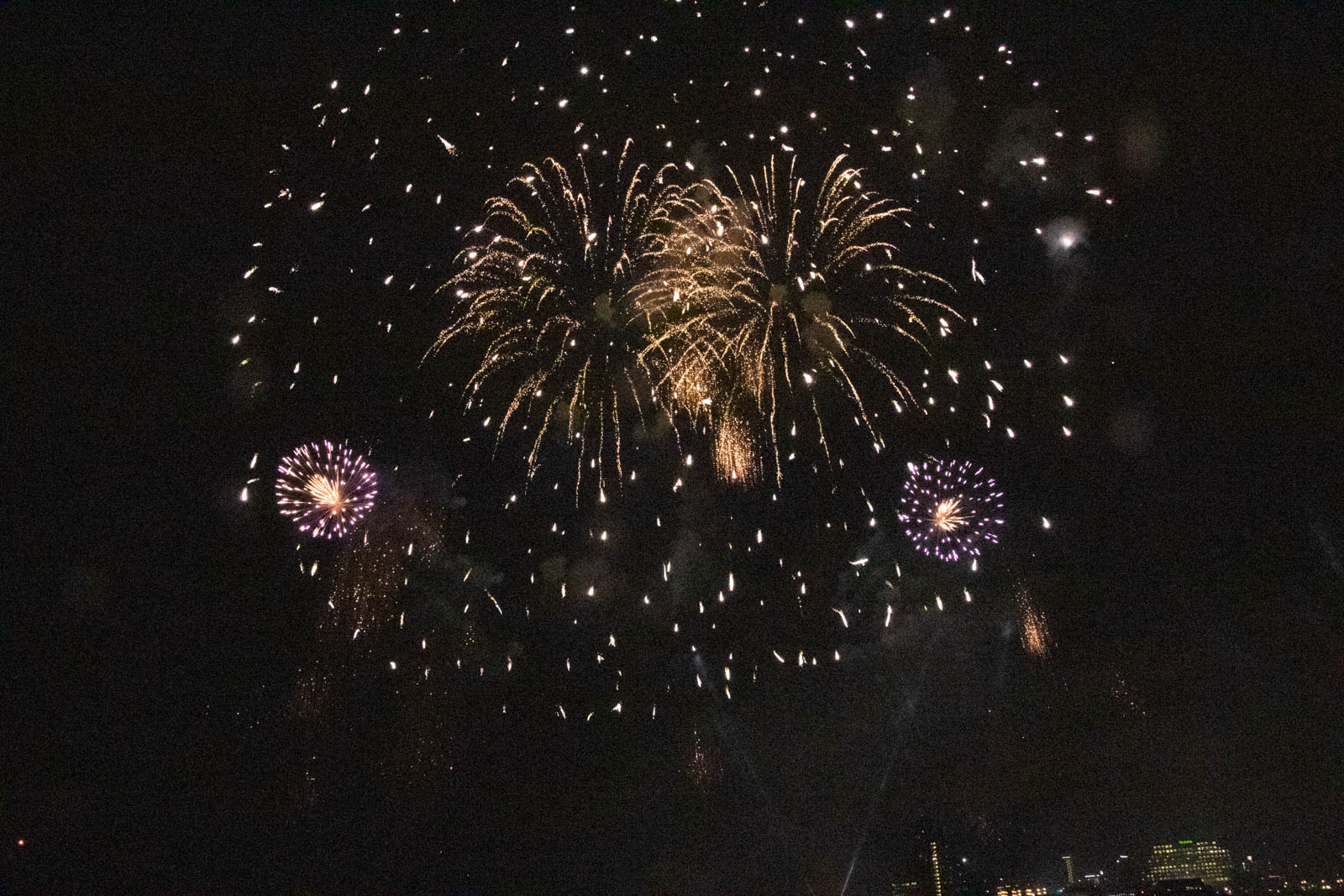 I was alternating between video and my camera. I did get about one minute of the show. Next time I will focus on one or the other.

To find more events around the Kentucky Derby, check out GoSoIN events page. 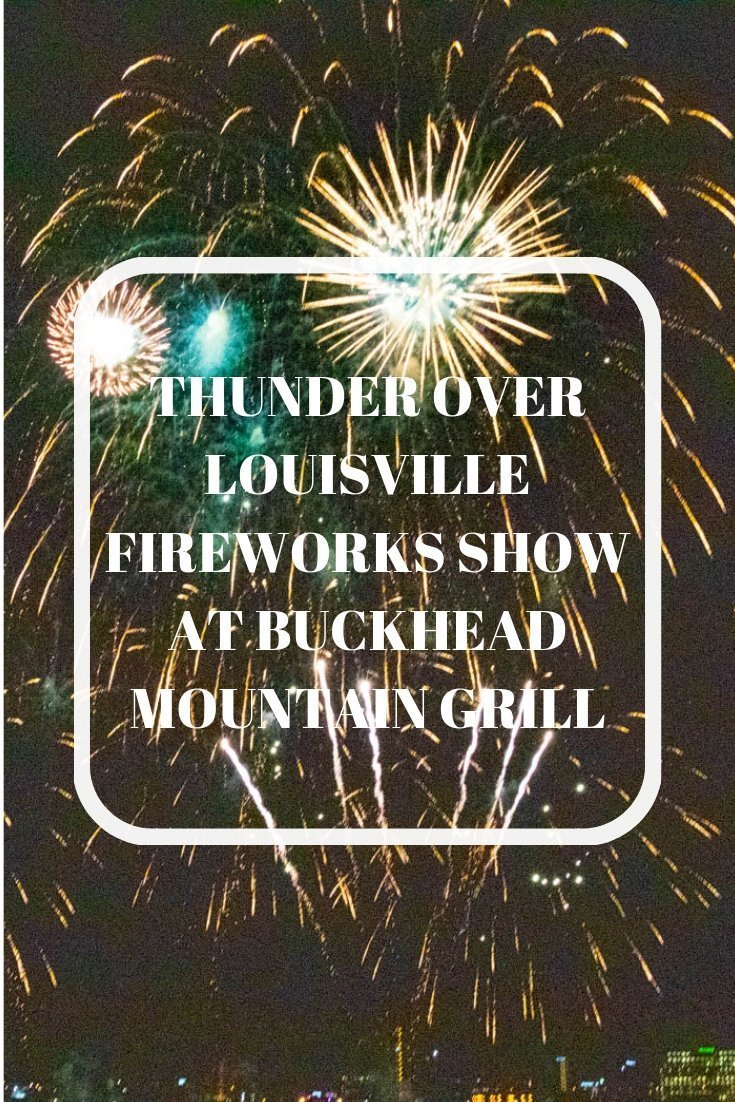