The Art of Banksy Exhibit in Chicago 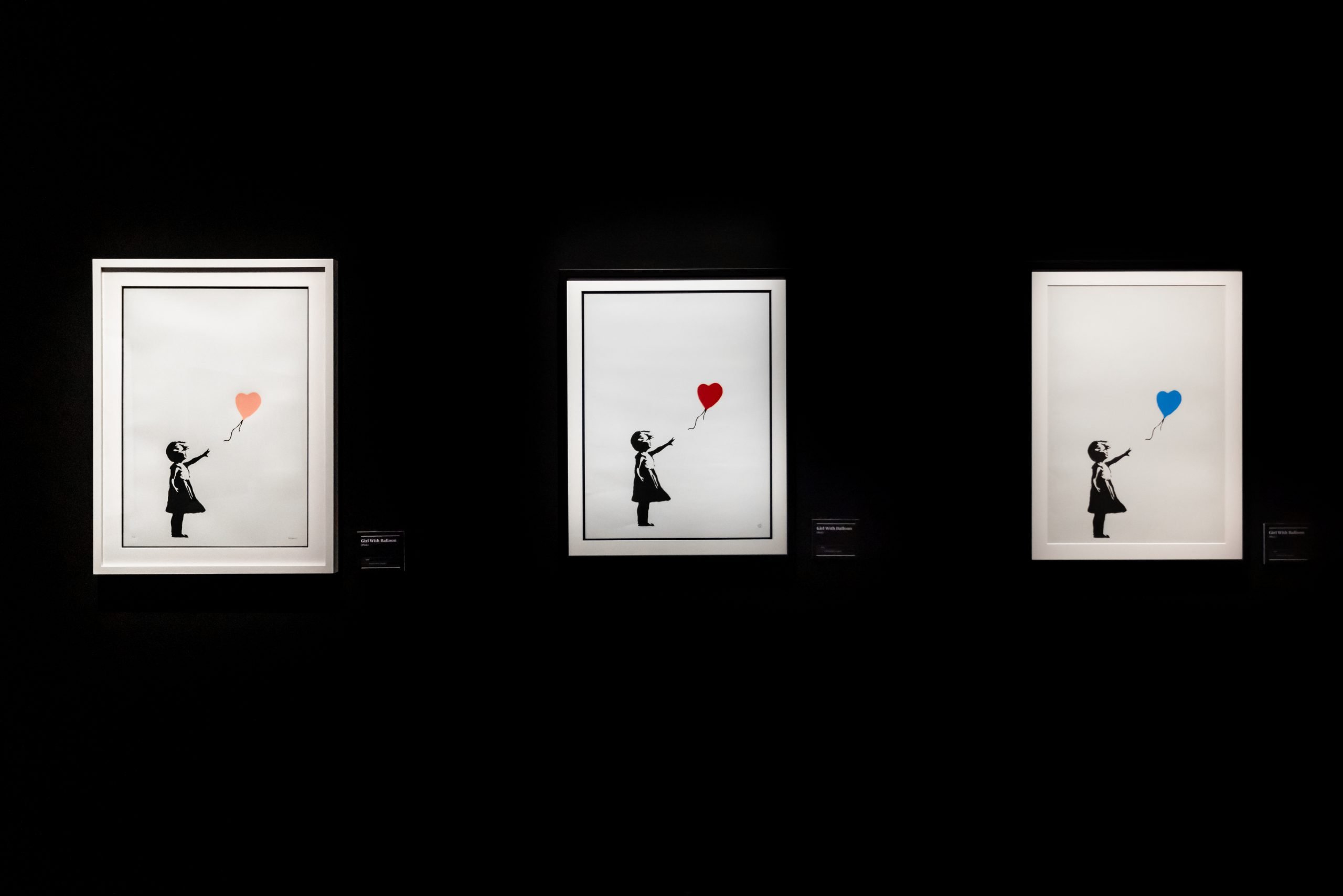 23 Aug The Art of Banksy Exhibit in Chicago

The world’s largest Art of Banksy exhibit premiered on Saturday, August 14, 2021 in Chicago. I had a chance to see the show the night before the opening day. Banksy is the mysterious street artist who came to the scene in the early 1990’s tagging graffiti on buildings, bridges, and the streets in Bristol, England. His controversial and political images pushed the barriers of street art and gained him fame and recognition in the art world.

The real identity of Banksy is unconfirmed. There is some convincing evidence on the internet about who he is and photos. I think not knowing makes the exhibit more intriguing. The Art of Banksy exhibit features video of some of his acquaintances and photos of men that are supposed to be him with their faces covered.

The exhibit showcases over 80 works by Banksy that he was commissioned to make by private collectors. Banksy does not authorize the tour, but the pieces were authenticated by Pest Control, an organization set up by the artist to act as a parent/legal guardian.

Some of the most famous pieces at The Art of Banksy Exhibit are the Rude Copper, Girl with Balloon, and the altered Paris Hilton album cover.

One of my favorite things to see when I am walking through a city is street art. It can be paintings on the side of buildings, sculptures, and installations. The most unexpected areas, the better. To see some of my favorite street art around the world here.

The Art of Banksy runs from August 14th to October 31, 2021, at 360 N. State Street in the River North area in the building adjacent to the Marina Towers. The pieces are interesting and thought-provoking. Tickets are available on the site.

To keep in touch, subscribe to the Myles to Travel newsletter.