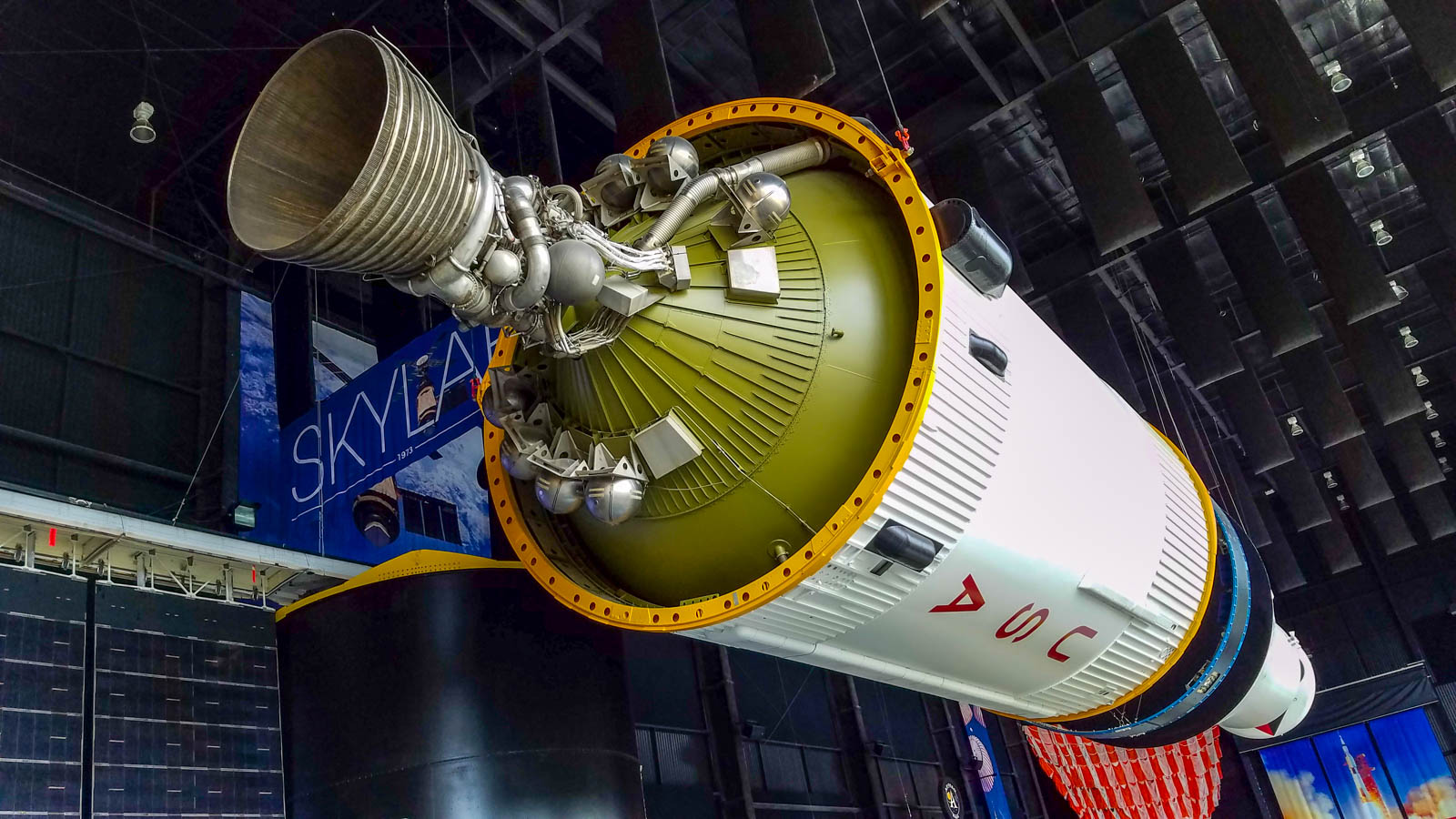 04 Jul You Are Never Too Old for Space Camp

I don’t remember growing up dreaming of being an Astronaut but watching the space shuttle launches on TV were a big part of my childhood.  The most memorable and tragic happened on Jan 28, 1986, when I was 12, the Space Shuttle Challenger was destroyed in flight. Now that I’m in my 40’s I never thought I would have a chance to experience what it is like to be an astronaut.

When I signed up to my first TBEX conference in Huntsville, Alabama, it was really for convenience.  Alabama wasn’t too far from home.  Then the Pre-TBEX tours were posted, and I felt like a kid again when I saw an opportunity to go to Space Camp.  I think anything with the word camp in it makes you think of a group of 10-year-olds. Granted I am not that old, but I am still nervous about trying to be a blogger at this age.  I didn’t want to be the oldest person there.

Space camp opened in 1982 in Huntsville Alabama. It was the idea of Dr. Wernher von Braun, who led the development of the Apollo-era rockets that led to the moon. Along with Mr. Edward O. Buckbee, the first director of the U.S. Space & Rocket Center. The center was created to inspire and motivate young people. Space camp is visited by thousands of kids and adults from around the world.

Space camp is a week long program weeks that welcomes kids as young as nine and as old as 90. You can come individually, as a family or a group. During the week you will get perform science experiments, simulations, and various team building activities. Participants of space camp have gone on to become astronauts, engineers, scientist, and technologists.

Realistically no one from the adult program is going to go and work for NASA, but you will have some fun memories you can share with your kids or check off your bucket list.

The day has come, and I’m going to Space Camp. Along with my fears of being the oldest person there, I  didn’t want my weight would hinder me in participating in the activities. You’ve never seen a fat astronaut. I searched hours to find weight restrictions but I couldn’t. If I had to deal with something I will if it comes up and that was that.

The bus pulled up to the U.S. Space and Rocket Center and just like 10 years olds we gazed out the window at the first site of a rocket with amazement. 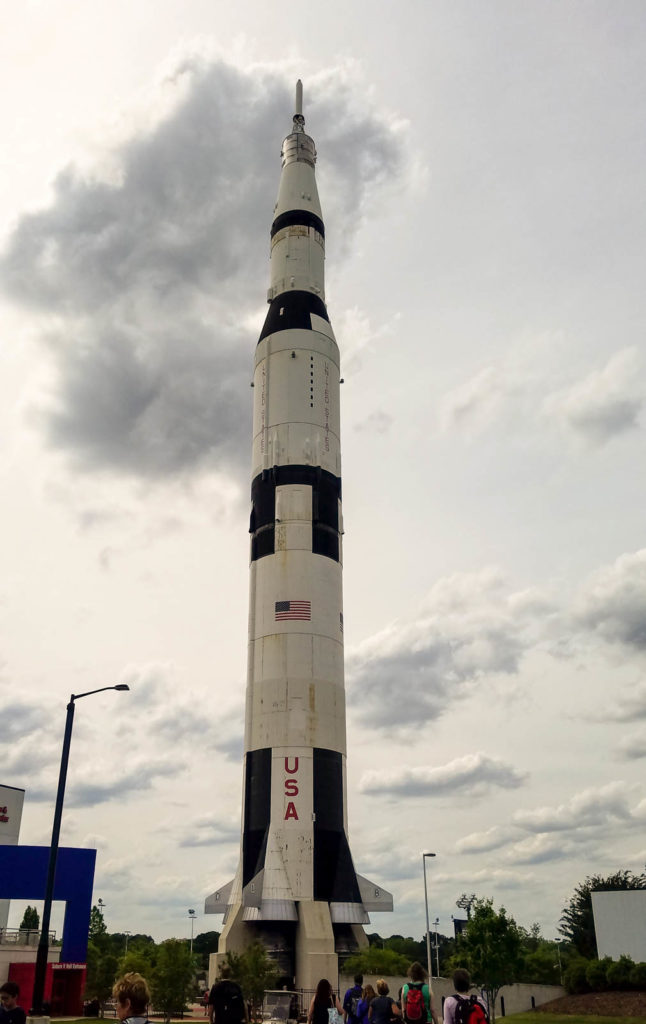 Although this is a replica of a real rocket, it is real to us.  We gathered together and met our trainer for the day. 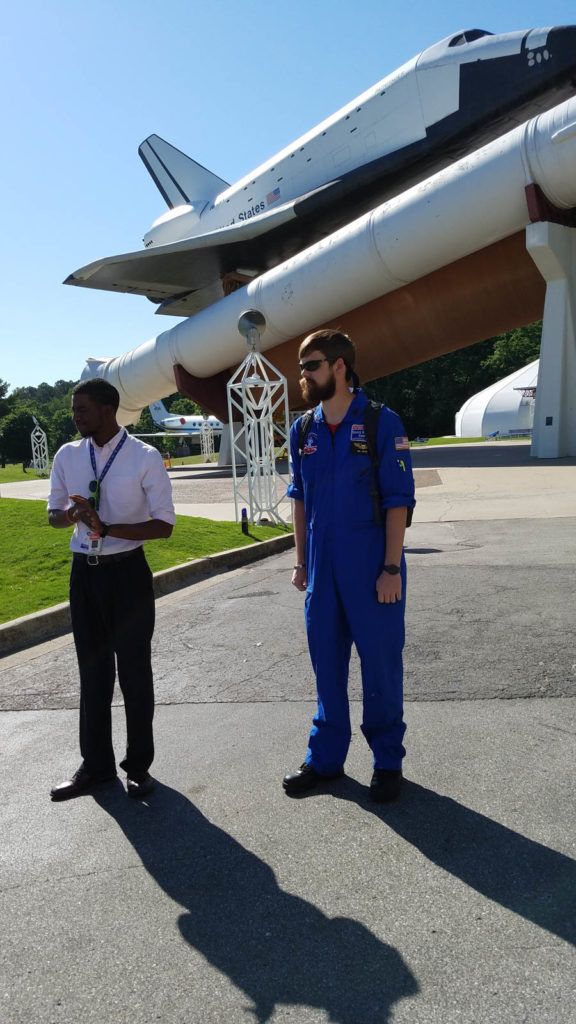 We spent the morning going over our mission. After lunch, we visited the U.S. Space and Rocket Center. As you walk through the center, you will find a detailed timeline of the history of the space program. 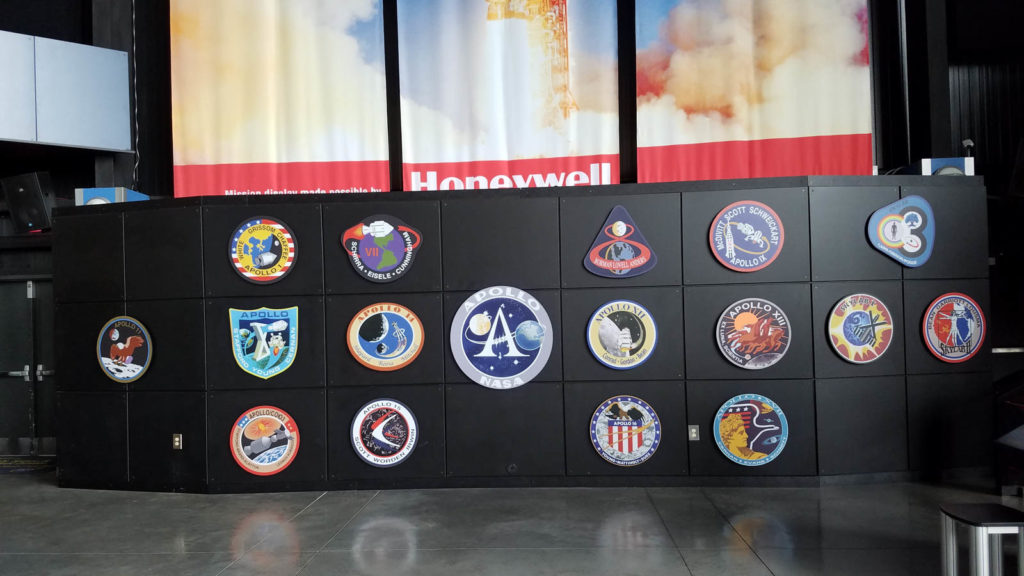 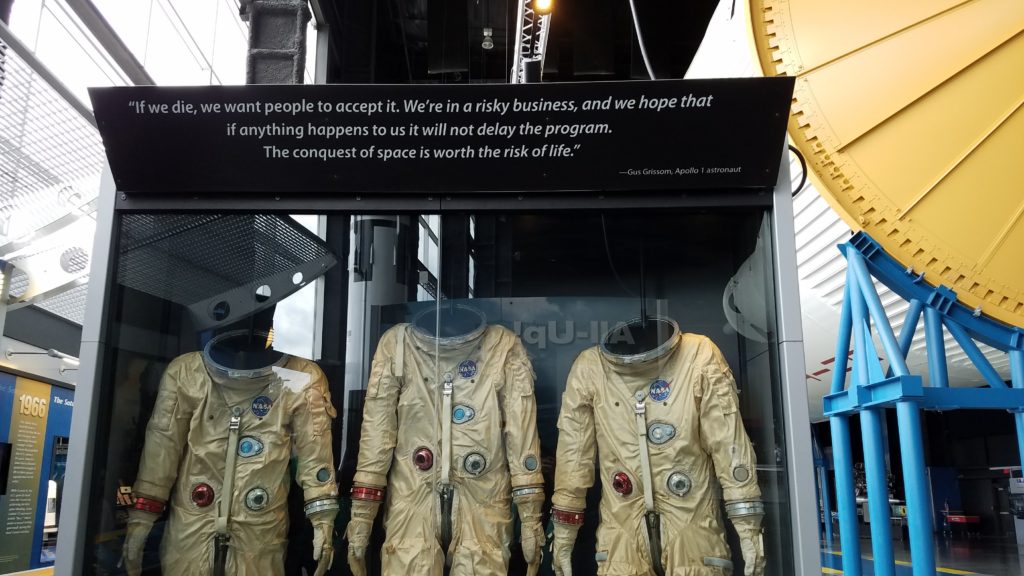 Suits were worn by Apollo 1 Astronauts 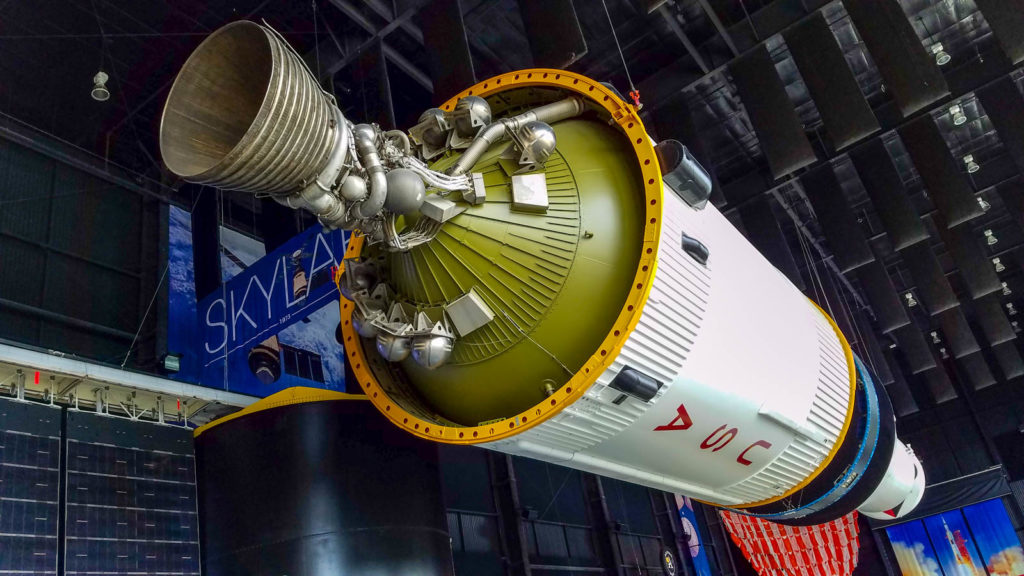 As you walk through the center, you will get to meet former engineers, scientist, and astronauts who volunteer their time to talk about their careers. I had the pleasure of meeting Mr. William Vaughn an engineer and scientist who worked at NASA for 26 years from 1960 to 1986. He told me he was one of the only people who understand the engineering and science of things. He acted as a liaison between the two groups during his time there. 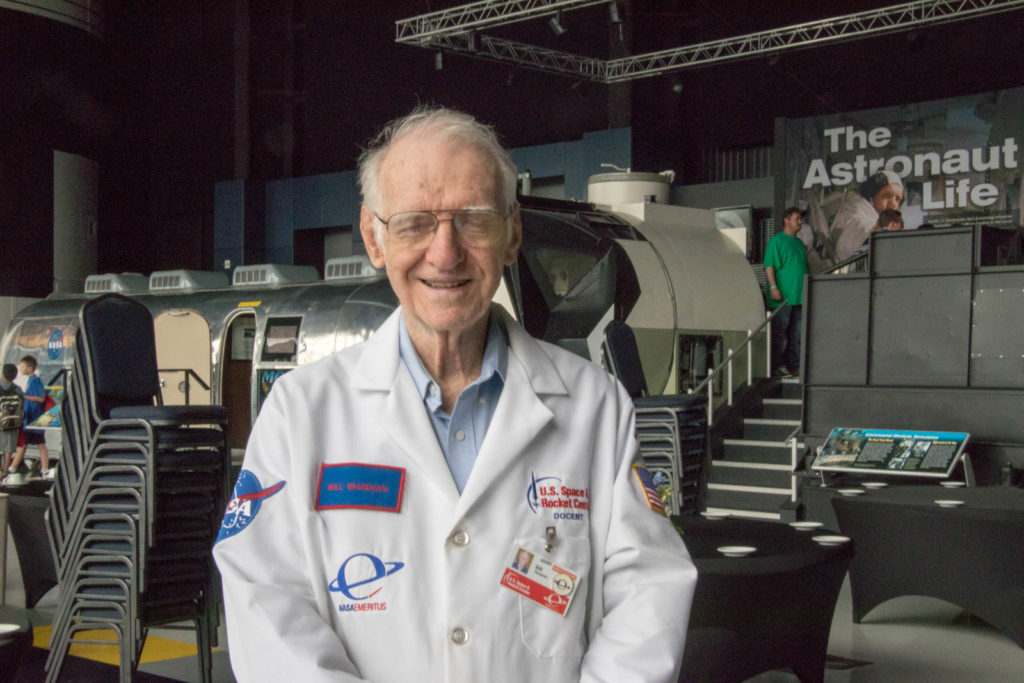 I put together a video of my day at Space Camp.

If you dreamed of being Top Gun opposite of Tom Cruise, you could participate in the Aviation Challenge. The challenge is a military-inspired program that will help build leadership skills using to fly air-to-air simulations. 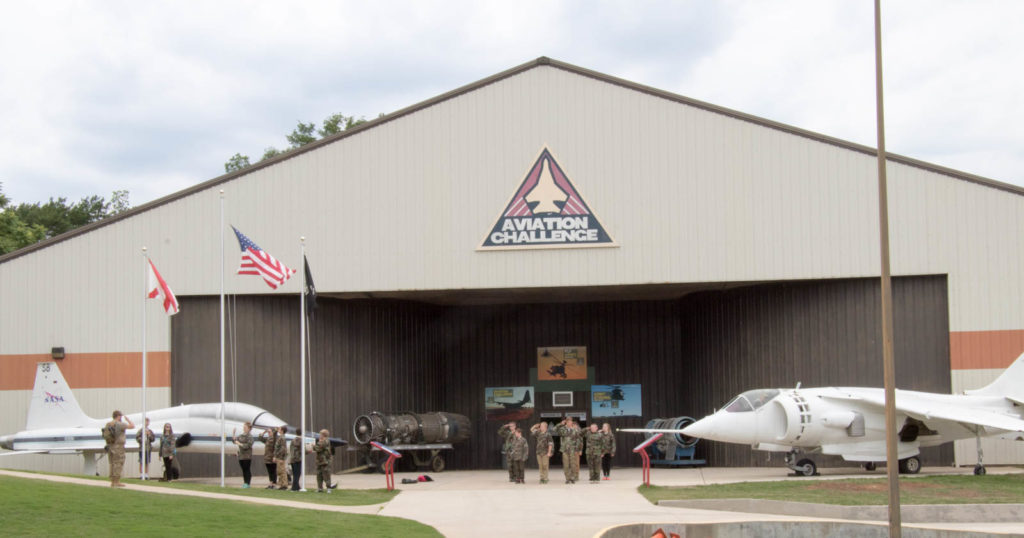 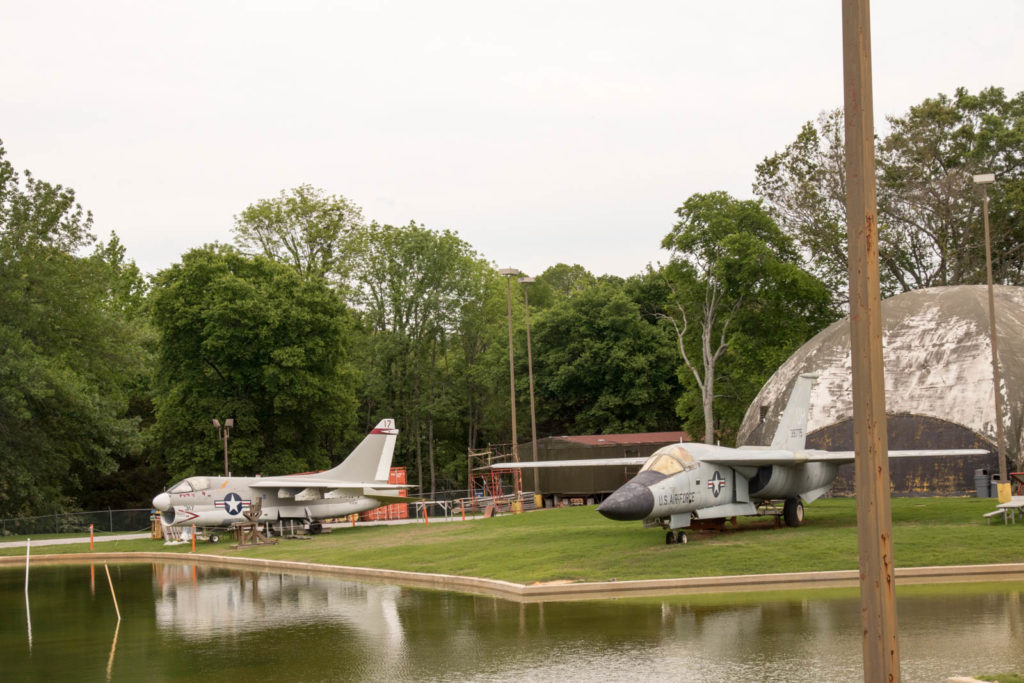 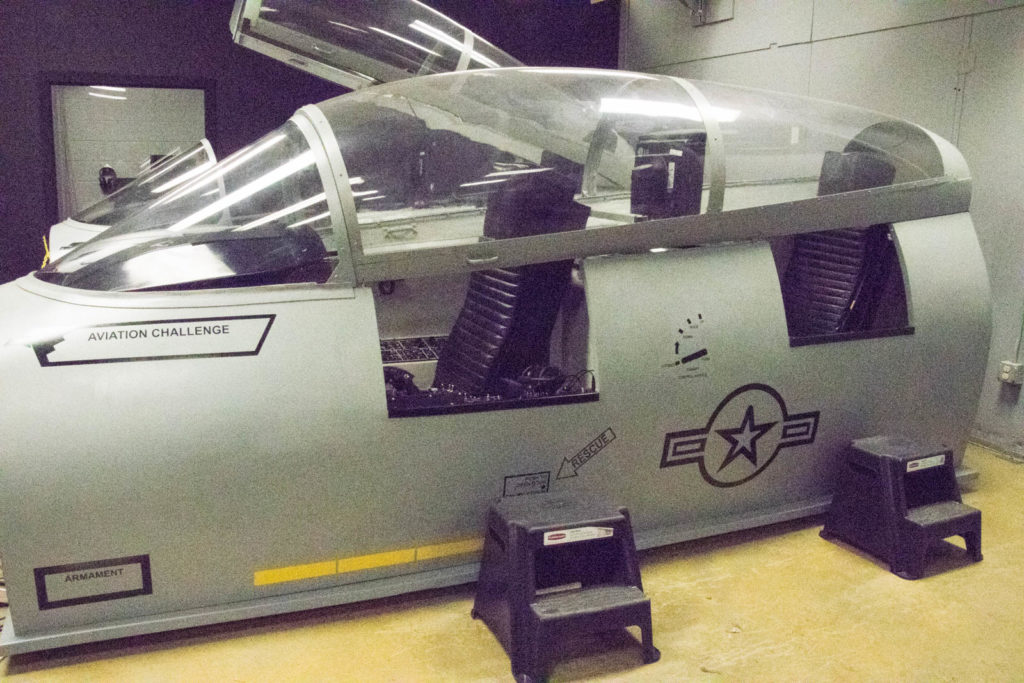 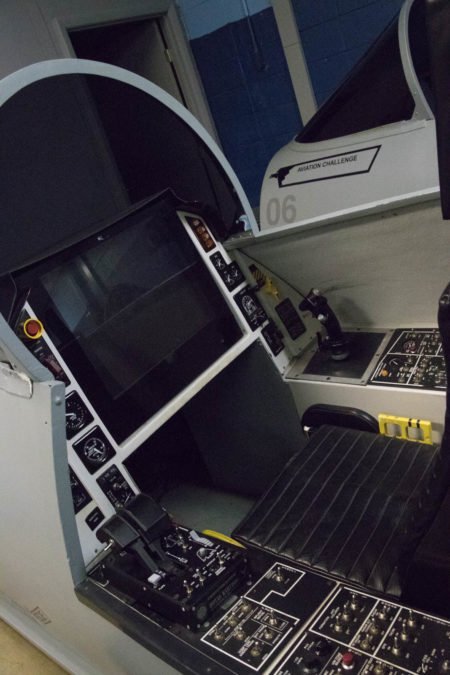 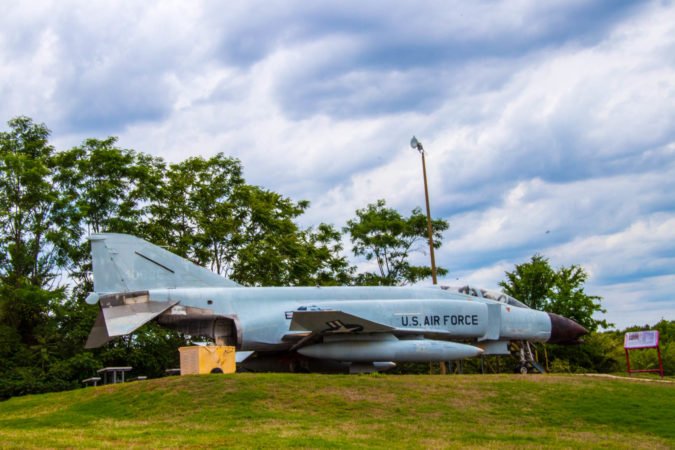 You can attend Space Camp throughout the school year and summer. You can participate in a Family Adult Camp and the Aviation Challenge. I enjoyed my experience in Huntsville, Alabama at Space Camp at the U.S. Space & Rocket Center. It will be an experience I will never forget. I wasn’t too old for Space Camp. 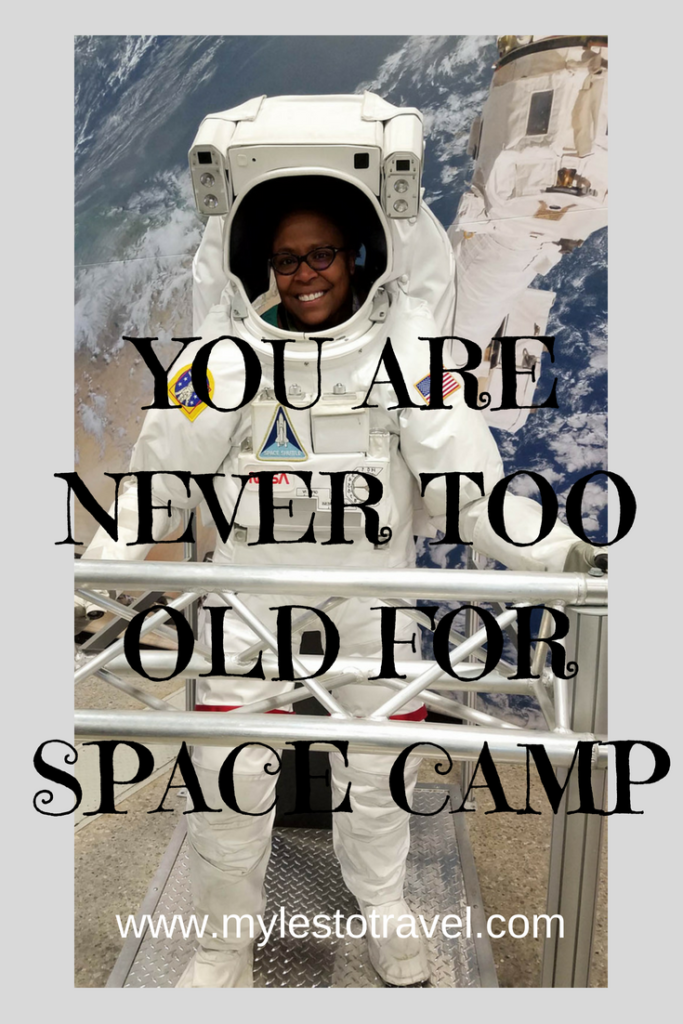