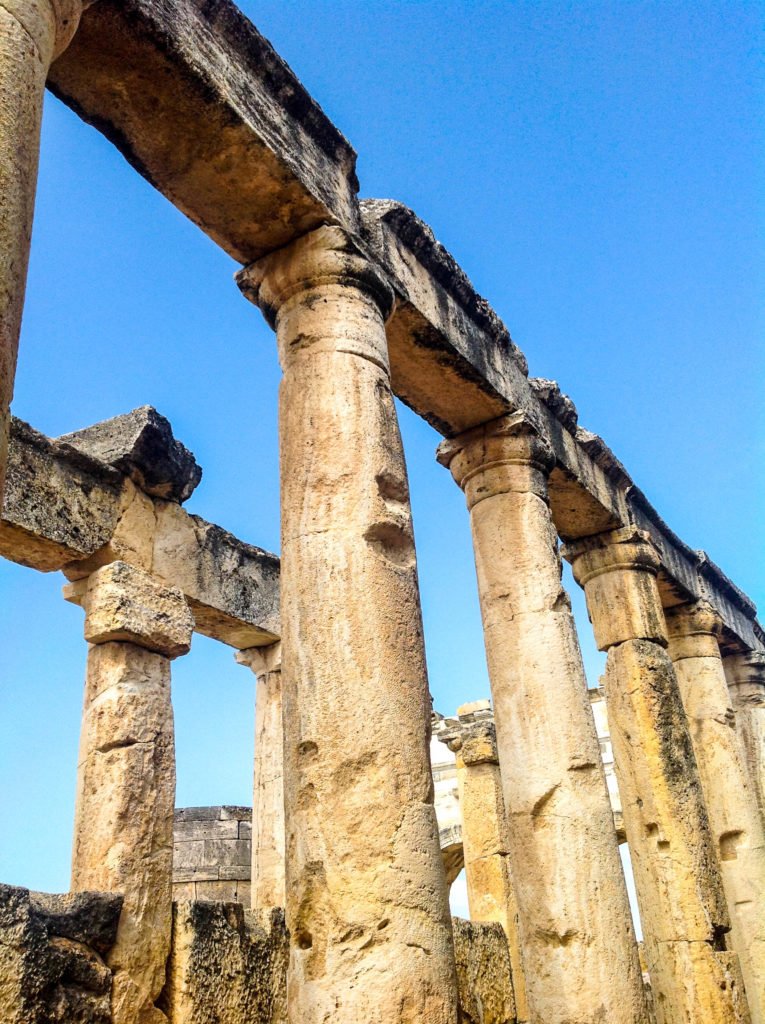 After my first solo trip to Seattle in 2013, I was ready for my next challenge.  I was going to travel out of the US and spend two weeks in a foreign country solo.  I had already done most of the frequent destinations to Europe.  I wanted to go some place that didn’t resemble any of the other locations I’ve ever been.  I was reading a ton of blogs about Turkey.  Everyone was going.  I even bought a Lonely Planet book of top destinations of 2013 and Turkey was at the top of the list.  Every picture I’ve seen of the country only intrigued me more.  All these bloggers wouldn’t be going there if it wasn’t safe and there were no government issued warnings at the time.

I had three goals for this trip.  The first one was to travel solo, so that meant not telling anyone my plans until it was too late for them to get tickets.  Number two, I wanted to stay in a hostel for the first time.  The final one was I wasn’t going to over plan.  I did pre-book tours that took me to other cities within Turkey, but I wasn’t going to plan every hour of the day like I tend to do in the past.

I read about a hostel that Hole in a Donut stayed in Istanbul.  She gave it good reviews, and you can have a private room with a separate bathroom.  I thought that was perfect.  I can have the hostel experience but not the worry about bunk beds and drunken 20 somethings falling all over the place.  Of course in my head, that is what all hostels are like.

Staying at Second Home Hostel hostel was such a unique experience.  Everyone was nice, and I even had a couple of dinners there, and I could have authentic Turkish cuisine.  It was a great way to experience Istanbul.  The location was perfect.  I wasn’t far from all the big attractions.  The only thing you don’t have in a hostel is a television.  But I didn’t come to Turkey to watch TV.  I would stay in a hostel again.  I will have to work up to sharing a room.

I had preplanned a trip to Cappadocia, Pamukkale, and Ephesus.  Unfortunately, the travel agency I used for the Pamukkale and Ephesus portion of it messed up the reservation.  I was almost in tears back at the hostel because I didn’t know what to do.   The manager was able to send me to an agency they used n 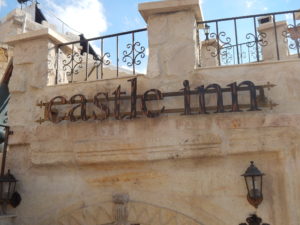 earby.  Just like that, the trip was back on track.  I was a little nervous because I didn’t have a chance to do my usual research.  I decided to go with the flow.  I flew to Cappadocia the portion I already had planned and stayed at the Castle Inn.

I had gotten sick somewhere between Istanbul and Cappadocia.  This was one of the nicest places to get sick in.  I was the only person checked in at the time and was upgraded to a bigger room.  I felt like a queen in her castle.  I bought some medicine at the store and spent the afternoon resting.  I had a hot air balloon ride scheduled for the next morning.  I was determined to be well enough to go.  I hadn’t planned much the rest of the day afterward so I would have time to rest. 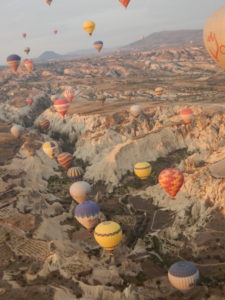 The view from above in the hot air balloon was worth it.  As soon as we had our champagne and cake, I went back to the Inn to sleep.  I only had one more night in Cappadocia and planned to make the best of it.  My new plans involved me taking an overnight bus to Pamukkale.  I was originally going to fly to Pamukkale and then a bus to Ephesus and fly back to Istanbul.  I knew I didn’t want to take a bus overnight.  The last bus ride I took was on the Mega bus to Minnesota, and that was horrible.  The bus turned out to be pretty nice.  It had a Mercedes emblem on it.  The Australian girl sitting next to me got motion sickness and puked the entire ride.    I didn’t get all freaked out because she was sick.  We were the only people who spoke English on the bus.  When the bus stopped, we hurried in for bathroom breaks never going to0 far from the bus.  None of the announcements were in English, and we were afraid the bus would leave without us.

Pamukkale wasn’t quite as impressive as the pictures I had seen.  It was crowded and worn down from so many tourists, but it is an experience I can check off my list. 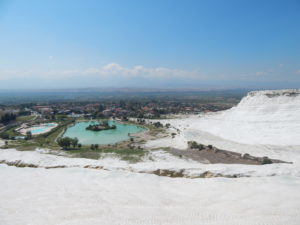 Hierapolis was a pleasant surprise.  There was a lot of interesting history and was overall an excellent tour.  After the tour, I wandered around town and bumped into the girl from the bus.  We ended up exploring together and ended up having dinner.  Well, I had dinner.  She was feeling better but didn’t quite have an appetite.

Since the hotel wasn’t part of my original itinerary, I didn’t know what to expect.  The lobby looked nice enough, but when I was pointed to the direction of my room, it looked a little sketchy.  I didn’t want to stay there, but I did anyway.  I barely slept and never turned off the lights.

The morning had finally come, and I checked out, and a van was waiting to take me to the train station.  The train to the town near Ephesus was a few hours long.  This time I bumped into an Indian couple who spoke English and discovered we were going to the same place.  We sat together the entire ride.  I hadn’t had much sleep the night before but didn’t want to fall asleep on the train and end up missing my stop.   Per my instructions, someone was supposed to pick me up at the train station, but no one was there when I arrived.

The couple had gone on.  I was trying not to worry that I was in the wrong spot or missed the bus.  I stood at the train station alone for almost 30 minutes then the bus finally arrived, and we headed to Ephesus. 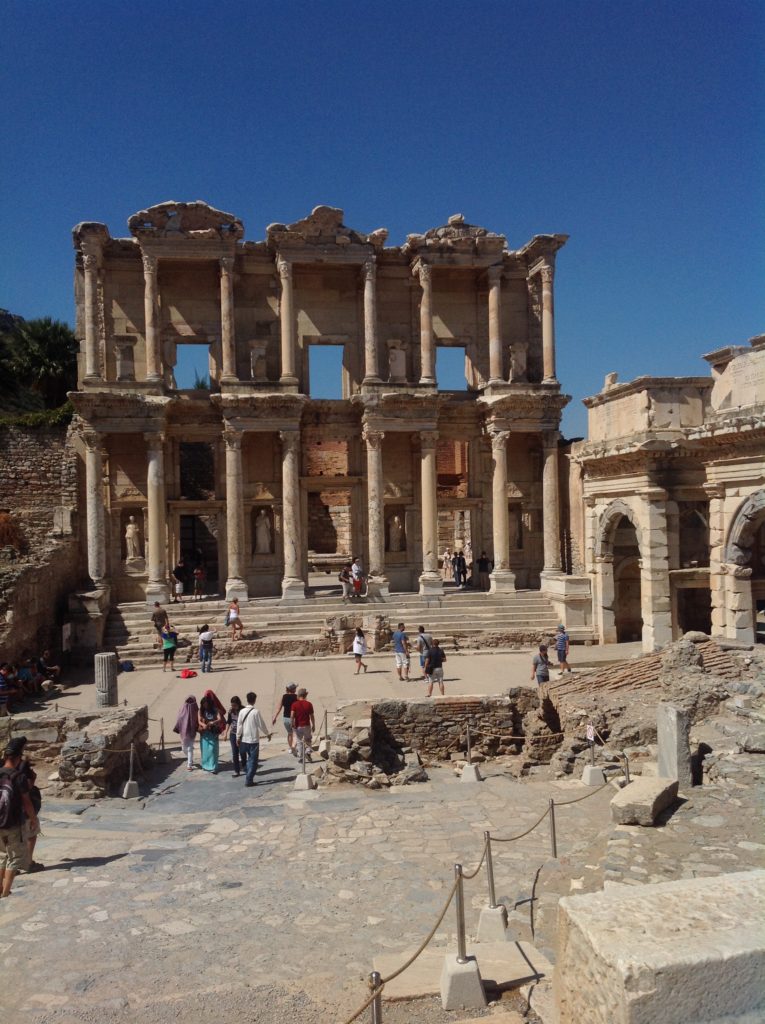 I felt the tour was a little rushed.  They were eager to get us to the rug making facility.  I wasn’t going to buy any carpet and would have preferred to stay in Ephesus.  After lunch, it was time for me to move on.  I had to wait several hours for my bus back to Istanbul.  I just walked around the area and found a beautiful park to wait nearby.  I  met up with a woman I met on the Ephesus tour.  She was staying at a hostel in town.  We ended up going to dinner together.  We were both taking a bus back to Istanbul but companies.

When my bus finally arrived, I didn’t get lucky to sit next to anyone who spoke English.  I arrived in Istanbul around 7 am.  I got off the bus and immediately felt overwhelmed.  The taxi drivers all trying to get me in their cars.  I thought someone was going to be waiting for me.  I remembered I had the card of the man who helped me book this adventure.  I called him, and he told me to give the phone to someone at the station.  The next thing I knew I was on a bus to what I thought was my hostel.  The bus stopped on this unfamiliar street and told me to get off.  He placed my luggage on the street and drove away.

I was so confused.  This was the third time on this trip I wanted to cry.  I should say I did cry.  I asked myself why I was there.  I pulled myself together and called the travel agent again, and he said he was on his way.  Apparently, he had told the bus driver to drop me off near his home.   The agent met me there, and we got in a cab and went to the agency which was down the street from my hostel.  Later that day after I had taken a nap I went and Thanked him for getting me.  Despite all the unexpected things that happened I had a good tour.

I had a few more days that I had not planned out and spent my time visiting some of the sites I hadn’t seen.

There were tears and moments I wondered why did I come to Turkey by myself.  Turkey has become one of my favorite countries so far and would visit again when the craziness of the world changes.

I had completed all the three things I set out to do.  I had stayed at a hostel, I traveled alone, and I didn’t over plan.  Well, that last one is debatable.  I did leave a few days for spontaneity, and that was a start.