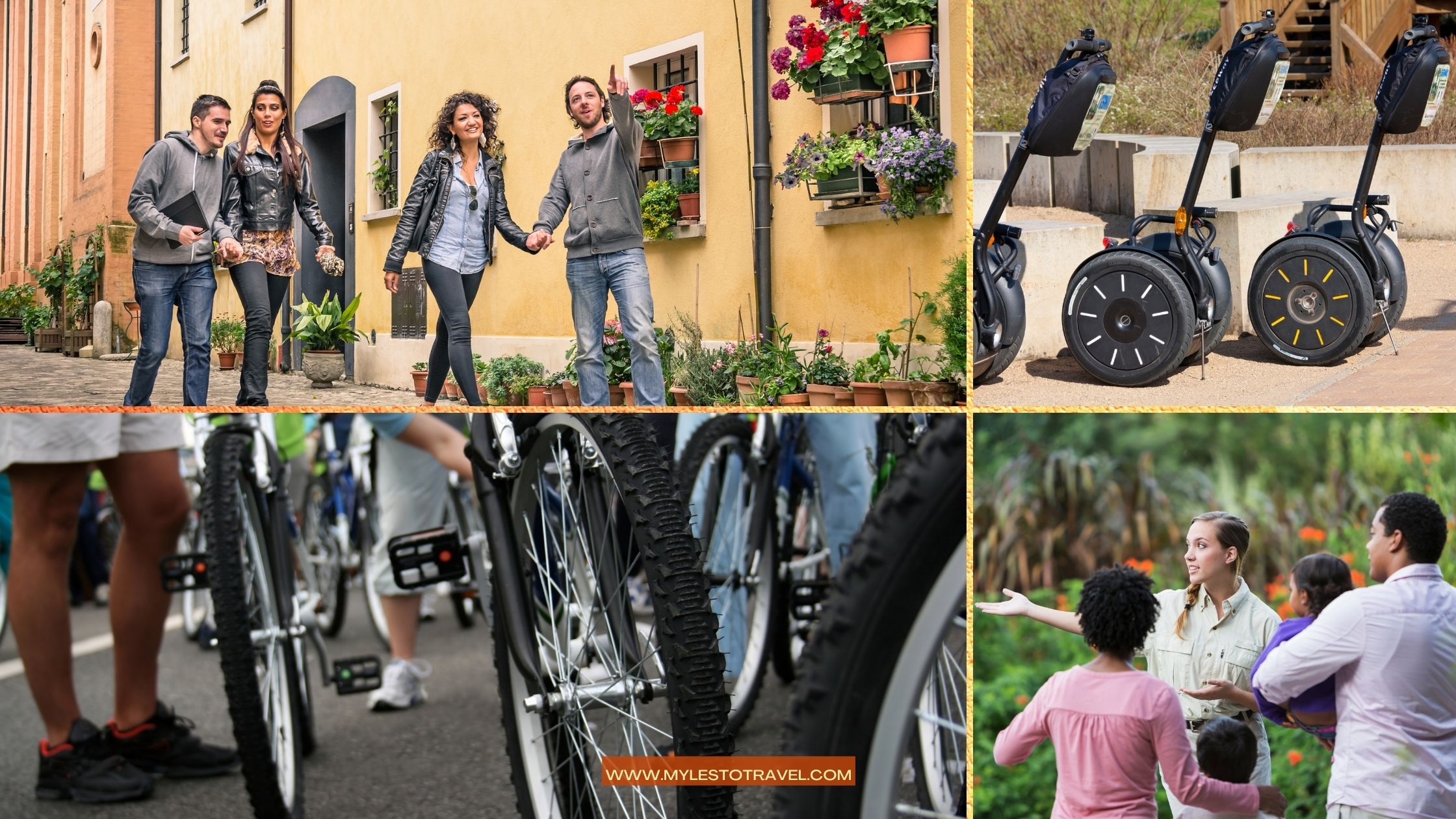 9 months ago Must do Bike, Segway & Walking City Tours

I have compiled a list of several must-do walking, bike & segway city tours from around the world. Some of my favorite ways to explore a new city are by bike, walking, or on a segway. The group tours offer a combination of history, site-seeing, and food. In many of the major cities, you can find a free walking tours with the option to tip what you can afford. I do recommend tiping the guide.

My second passport stamp was in Paris. I had never considered riding a bike there. In fact, until this day, I hadn’t ridden a bike in over five years and only on designated bike paths. I was nervous when my friend suggested riding a bike in the streets of Paris with moving cars. The company we used was Fat Tire Bike Tours,

The tour is convientely located near the Eiffel Towers at the Fat Tire office, where you will get your bike and receive an orientation from your guide. We took the morning tour which included a stop at Tuileries Gardens where you can purchase something at the cafe. We rode our bikes as far as the Louvre before circling back to the Eiffel Towers. The tour makes stops highlighting must see Parisian sites and the cities rich history..

At the time of this post, Sandusky Segway is closed for business. I will update in the future if something changes.

I was invited to visit Sandusky, Ohio by Shores & Islands Ohio Welcome Center. This wouldn’t be my first time on a segway, but it was I did not have a favorable expeirence with the company giving the tour. To read more about it check out my blog post here.

Sandusky Segway offers a fun way to see the city along Lake Erie. You have the option to get a one hour tour that lasts an hour covering the west side of Sandusky covering the downtown area. Or you can choose the longer option that takes you farther and last about two hours. On the longer tour you will get a chance to see registered historical sites, local attractions, and gardens. Segway are safe to ride, I did take a stumble, after riding for an hour because started to get a leg cramp.. I would definitely ride one again.

As many times as I’ve visited New York City, even living there for two years, I never considered riding a bike through the streets of Manhattan. When my friend Lisa invited me to join her the next day, I wasn’t sure I was prepared for it. Yes, I had ridden a bike in the streets of Paris and Rome, but never in the US. I was content with sticking to designated bike paths away from moving cars. The tour also lasted three hours, and I hadn’t ridden my bike at all in 2022, and not for three hours in a long time. But I said yes, I met her at the place in Harlem at Unlimited Biking on 110th street where the tour begins.

The tour begins a the 110th entrance to Central Park. Unlimited Biking 3-hour, 9-mile bike adventure through New York City. Starting uptown, the tour stops by John Lennon Memorial, Lincoln Center, Times Square, the Highline, and more, ending downtown near the Freedom Towers near the Brooklyn Bridge. I do recommend the tour, but make sure you get there early enough to get your bike. Also, there are not any bathrooms at this location and you have to go across the street in the park.

Riding my bike in Rome was a little different than in Paris. In Paris the streets were flat and no hills. I should have known by the type of bikes available on the website that the tour required a little more effort.. In Rome we had mountain bikes compared to the single speed bicycles in Rome. More coming soon.

On my first day in Sydney, I signed up for I am free walking tour. The tour lasts between two to three hours and begins at the Sydney’s Town Hall. The tour is free, but it is customary to give the guides accept tips.

I don’t have any photos of this tour. More coming soon