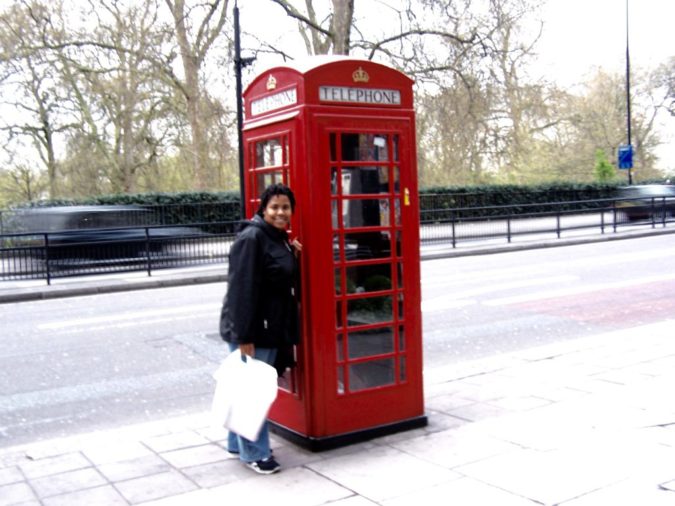 My first trip out of the US was to London on April 15, 2005, for four days.  A friend of mine was working in London for a few weeks and asked if I could fly over to join her for the weekend.  At first, I thought this was crazy because I didn’t even have a passport.  The trip was a few months away, so I had to act fast.  I didn’t even know what I needed to get a passport.  I was 31 years old and had never been out of the country.  I had been living in New York City for almost a year at that time.  I had to enlist my mother’s help to get my birth certificate in Chicago.   In the meantime, I was searching for plane tickets.  I knew I had enough vacation time, but the trip was right at the end of one of our tax deadlines.   Although April 15 isn’t the biggest due date for our tax group, it’s still a time limit.

I thought this was the perfect place to go on my first trip out of the country.  They spoke English after all.  In 2005, you couldn’t find all the information you can find now on the internet.  I did get a guide book but didn’t even read it.  I just liked having it.  I got on a plane the night of April 15, 2005, and headed to London.  The plane was practically empty.  I had the entire row to myself.  I could stretch out and sleep.  I was scheduled to arrive early afternoon on the 16th.

When I arrived in London, I didn’t know where to go.  The only directions I had were the ones my friend gave me, who had come a week before.  I was just so excited to have my first passport and to have a stamp in it.  I took the Tube train to her hotel.  I had taken trains in Chicago and New York, so I think I managed pretty well.  I got off where she told me and the hotel was right across the street.

I just soaked it all in.  I couldn’t believe that I was in London.  The previous year I ended a five-year relationship, moved to New York City and now I’m traveling the world.   I didn’t care what I did.  I was just happy to be in London.  The hotel was near Piccadilly Square, so we walked around.  I was surprised to see how much it looked like the city I just left.

It was getting late on a Friday, and most of the sites were closing soon, so we just had dinner at the Hard Rock Cafe near the hotel.  We went to the Hardrock Cafe that was next door to the hotel.  The next morning we went to Noting Hill.  I was in love with the movie and was hoping to find the blue door.  Had to settle for this instead.  We walked around the neighborhood and browsed around the flea market that is held there every weekend. 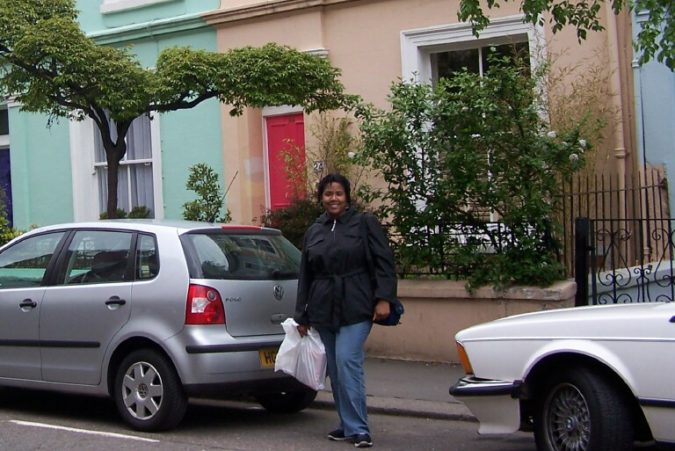 On Sunday we went to the London Eye and to see Big Ben.  We spent the rest of the day hanging out on the lawn.

The weekend went by fast.  It was already Monday, and my friend had to work.  We said our goodbyes, and I headed to the train.  I noticed that I had just enough time to catch the end of the changing of the guards at Buckingham Palace.  The was the perfect send off as I hoped on the train and headed to the airport back home.  I wish I had planned to stay longer.  Although this was my first trip out of the United States, I knew it wouldn’t be my last. 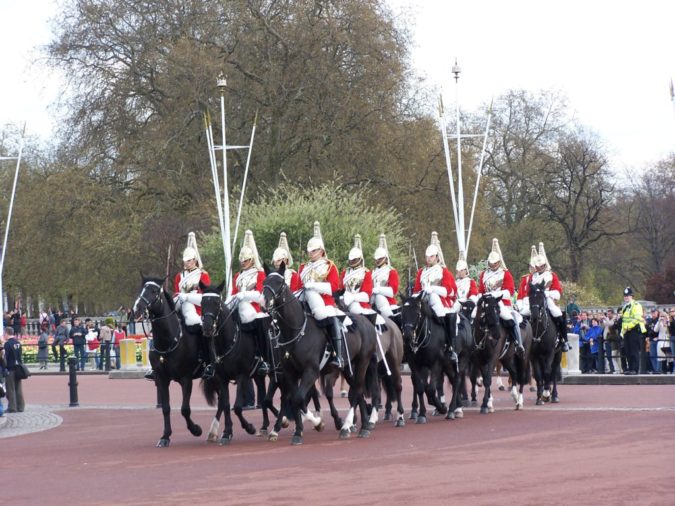